The Two Things Every Novel Needs 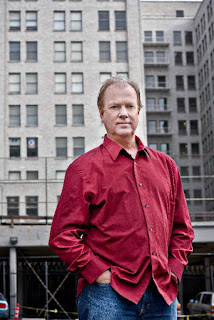 "Trouble is my business." – Raymond Chandler

So you want to be a writer. You want to sell your novel to a publisher, via an agent, or maybe you're thinking of going indie like 90% of sentient beings these days. Maybe you think if you do the latter, and do it fast, you'll rake in a boatload of easy lettuce.

Well, you won't. Unless your book has the two things every novel needs.

Without these two things, you will have no story. At least, no story most readers will care about. You might have an "experimental novel," and that's okay if you understand what experimental novel means. It means a novel that five people buy. (Please note: This may not matter to you, and that's perfectly fine with me. Experimental artists have given us some good stuff over the years. A lot of bad stuff, too. But if that's your corner of the artistic world, go for it. This is America, after all).

But if you want to sell your work and have a shot at generating income, you need to master these two elements.

They are Conflict and Suspense.

Conflict
What is the goal of the novel? Is it to entertain? Teach? Preach? Stir up anger? Change the world? Make the author a lot of money?

It can be any of these things, but in the end, none of these objectives will work to their full potential unless they forge, in some way, a satisfying emotional experience for the reader.

And what gets the reader hooked emotionally? Trouble. Readers are gripped by the terrible trials a character goes through. (There are psychological reasons for this that are beyond the scope of this post).

That's where conflict comes in. While there are writers who say plot comes from character, let me say that's too simplistic. Character actually comes from plot. Why? Because true character is only revealed in crisis. Put your character into big trouble (plot) and then we'll see what he or she is made of (character). If you don't believe me, imagine a 400 page novel about Scarlett O'Hara where she just sits on the porch all day, sipping mint juleps and flirting. Gone With the Wind only takes off when she finds out Ashley is going to marry Melanie (trouble) and then the Civil War breaks out (big trouble!)

Another way to think about it is this: we all wear masks in our lives. A major crisis forces us to take off the mask and reveal who we really are. That's the role of conflict in fiction: to rip the mask off the character.

Now, this conflict must be of sufficient magnitude to matter to readers. That's why I teach that "death stakes" must be involved. Your Lead character must be facing death—which can be physical, professional or psychological.

Genre doesn't matter. In a literary novel like The Catcher in the Rye, it's psychological death. Holden Caulfield must find meaning in the world or he will "die inside." Psychological death is also the key to a category romance. If the two lovers do not get together, they will lose their soul mate. They will die inside and forever have diminished lives (that's the feeling you need to create. Think about it. Why was Titanic such a hit with teen girls? It wasn't because of the special effects!)

In The Silence of the Lambs, it's professional death on the line. Clarice Starling must help bring down Buffalo Bill in part by playing mind games with Hannibal Lecter. If she doesn't prevail, another innocent will die (physical death in the subplot) and Clarice's career will be over.

And in most thrillers, of course, you have the threat of physical death hanging over the whole thing.

That's why, novelist friend, trouble is indeed your business. Without sufficient conflict readers aren't going to care enough to finish the book.

The second element is suspense, and I don't just mean in the suspense novel per se. Suspense means to "delay resolution so as to excite anticipation." Another way to say this is that it's the opposite of having a predictable story. If the reader keeps guessing what's going to happen, and is right, there is no great pleasure in reading the novel.

We've all had the wonderful experience of being so caught up in a story that we have to keep turning the pages. This is where writing technique can be studied and learned and applied. For example, there are various ways you can end a chapter so readers are compelled to read on. I call these "Read on Prompts," and it was one of the first things I personally studied when I started learning to write. I went to a used bookstore and bought a bunch of King, Koontz and Grisham. When I'd get to the end of a chapter I'd write in pencil on the page what they did to get me to read on.

Again, genre doesn't matter. You have to be able to excite anticipation and avoid predictability. Suspense technique helps you to do that.

I am so passionate about this that I wrote a book on the subject, and Writer's Digest Books published it.

I could go on and on about this subject, but we don't want to overstuff one blog post. Suffice to say that if you were to concentrate almost exclusively on these two key elements for the next few months, your books will take a huge step toward that exalted "next level" everyone always talks about. Try it and see.

JAMES SCOTT BELL is the author of the #1 bestseller for writers, Plot and Structure, and numerous thrillers, including Deceived, Try Dying and Watch Your Back. His novella One More Lie was the first independently published work to be nominated for a prestigious International Thriller Writers Award. Under the pen name K. Bennett, he is also the author of the Mallory Caine zombie legal thriller series, which begins with Pay Me in Flesh. He served as the fiction columnist for Writer's Digest magazine and has written highly popular craft books for Writer’s Digest Books, including : Revision and Self-Editing, The Art of War for Writers and Conflict and Suspense.
Website: http://jamesscottbell.com/