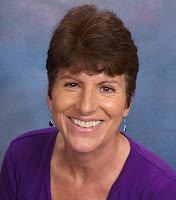 L.J. Sellers is an award-winning journalist and the author of the bestselling Detective Jackson mystery/suspense series:
The Sex Club
Secrets to Die For
Thrilled to Death
Passions of the Dead
Dying for Justice
Liars, Cheaters & Thieves
Rules of Crime
Crimes of Memory

Her novels have been highly praised by Mystery Scene, CrimeSpree, and Spinetingler magazines, have won the Readers' Favorite Awards twice, and are the highest-rated crime fiction on Amazon.

When not plotting murders, she enjoys performing standup comedy, cycling, social networking, and attending mystery conferences. She’s also been known to jump out of airplanes.