Why I Chose Traditional Publication 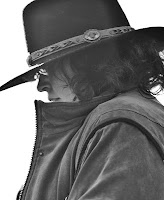 When Peg invited me to submit this guest post, I had a moment of déjà vu. She had just read the first book in my Jared McKean series and said, “I don’t understand why you went with a traditional publisher. You’re good enough to make it on your own.”

Several years ago, an early version of the book was released (under a different title) through a self-publishing company. At the time, I kept hearing, “Why did you self-publish? You’re good enough to get a traditional publisher.” The paradigm has shifted that far and that fast.

The short answer to why I chose to go with a traditional publisher is that I’d tried self-publishing, and I didn’t like it much. I’m shy by nature, and being the sole person responsible for marketing my book was daunting. Successful self-publishing requires a thick skin and a skill set far outside my comfort zone. It requires the author to spend an inordinate amount of time dealing with things that have nothing to do with writing, which is why Amanda Hocking, who made more than a million dollars self-publishing, snapped up a traditional offer as soon as it was offered. If you don’t like or aren’t good at those tasks, or even if you just prefer to devote the bulk of your time to the actual writing, it’s a lot like being nibbled to death by geese.

With traditional publishing, I have the support of my publisher, Marty Shepard of The Permanent Press. Although I still have to work at creating an online presence and building name recognition, Marty promotes his authors tirelessly. His company is well-known in the industry, and doors that were closed to me as a self-published author have opened because of his reputation. On my own, I was lucky to get a few reviews from bloggers I knew from DorothyL and other newslists. Since signing with The Permanent Press, I’ve received favorable reviews from Publishers Weekly, Library Journal, Kirkus, and Booklist. I’ve been reviewed in and interviewed by Suspense Magazine and given an excellent review in Mystery Scene Magazine. Would these reviewers have liked the book as much in its earlier incarnation? I’ll never know because I could never have gotten in the door.

I have my doubts, though, because the main reason I chose to go traditional is that, as Dean Wesley Smith says, writers are terrible judges of their own work. For many authors, including Dean, that’s an argument for going ahead and putting the book out: let the readers decide. But for me, it’s the best argument in the world for holding off.

Let me back up a minute. When I started submitting the first Jared McKean book, I got an agent very quickly. We got a lot of “good” rejections from the big houses—the kind with complimentary comments and encouragement—but no takers. I knew there was something wrong with the book, but neither my agent nor I could put a finger on what it was. I did an extensive edit, and then a friend offered to publish it for me through iUniverse. “Worth a try,” my agent said, “since we’re not having much luck with it.”

So my friend and I published it, to little fanfare, and most people who read it seemed enthusiastic about it. Established mystery authors, like Kathryn Wall (who had also gotten her start by self-publishing), Sarah Shaber, and Patricia Sprinkle, treated me like one of the club. Despite the stigma attached to self-publishing, they never ostracized me. But I knew I hadn’t made the cut. And there was a reason for that. Looking back on that version of the book, it wasn’t horrible, but it wasn’t ready. The book as it is now is so much richer and more polished. I learned a lot of valuable lessons from my self-publishing experience, but I do feel a pang every time a copy of that first version floats up on Google or Amazon, because it wasn’t the book it could have been. For me, that’s the peril of self-publishing. It’s so easy to “put it out there” before it’s ripe.

When I started getting rejections for the second book, A Cup Full of Midnight, I went to more workshops, read more books on craft, studied my favorite novels, revised, and rewrote. When my new agent, Jill Marr, sent me the contract from The Permanent Press, I felt like I had finally earned my place in the club. Most important, when I got Marty’s edits, his input made the book a thousand percent better than it would have been had I put it out myself. So those agents who rejected the book were right to reject it, and I’m grateful they did, because the result was a better book.

I don’t say I would never self-publish again; some of the most talented and successful authors I know, like Timothy Hallinan, have a foot in both worlds, publishing some titles through traditional means and others on their own. Once I have a few more books under my belt and know I’ve developed “the chops” for it, I’d like to do the same. But I will always be grateful for the chance to publish with Marty. As Spock might say, “May he live long and prosper.”

There are more options for writers than ever before. For those of you who write, are you choosing to self-publish or pursue a traditional contract (or both)? What led you to that decision? How will you meet the challenges of the option you chose? 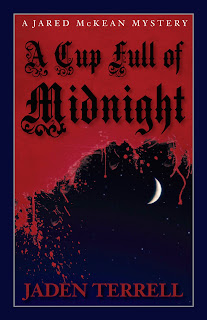 Jaden Terrell is the author of the Jared McKean mysteries and a contributor to Now Write! Mysteries, a collection of exercises published by Tarcher/Penguin for writers of crime fiction. Terrell is the executive director of the Killer Nashville Thriller, Mystery, and Crime Literature Conference and a recipient of the 2009 Magnolia Award for service to the Southeastern Chapter of Mystery Writers of America. Learn more at http://www.jadenterrell.com.