Angst and Other Things Authorly 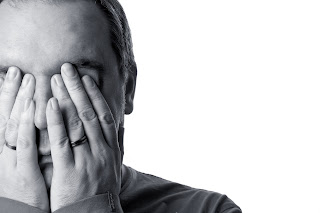 When I slid over to the serious side of writing in 2004 and began learning a little bit about the craft, it became necessary to suck “Id” up and let other people read the words I’d written. The wait was terrible as my critique partners made their way through what was certainly mangled and bruised and very purple-y colored prose.

Fast-forward eight years to the beginning of 2012 when my first novel was published. I was torn between wanting everyone to read it and hoping no one would. People who knew me and had certain expectations of my abilities would read my book—and I would no longer be able to fool them. They would shake their heads at how easily they’d been conned. Publishing a book that proved I was not really as talented as I pretended was a very different way to come out of the intellectual closet. Almost as bad was the thought that complete strangers would read my novel and pass judgment on me within minutes. They wouldn’t even give themselves a chance to get to know the phony me. The angst loomed so large that I questioned any positive comments believing they were merely politely phrased pity.

So now, here I am, less than two weeks away from the release date for novel number two, The Missings. (No, I don’t write that fast. This was a manuscript that was written prior to Red Tide. I just needed to go back and apply things I’d learned.) I’m sure I’m going to disappoint some people who have been waiting for a series. (Go figure. I guess they did like the book.) I’m using the same fictional town but different characters. I’m going to disappoint some people who expect another thriller. Number two is a police procedural. And there’s only one dog in it and he’s not exactly in the spotlight. (Red Tide has some hero-dogs.)

The angst began early for this one and it’s building. I’ve sent the book out to beta readers. Their feedback came in and when there were pages and pages without comment I was sure they were bored and had skipped entire scenes. I had lost the pace or the story or whatever and therefore, I lost a reader. Never mind that I asked my enlisted volunteers to watch for that sort of thing in particular. Never mind that they told me they loved those pages. I was convinced I was doomed.

The next item on the agenda was a professional edit from Jodie Renner (who was a joy to work with, by the way). It's now been formatted for Kindle, has been endorsed and reviewed and soon it will be time for that huge and final, no-going-back step. The step that requires me to jump off a cliff and knit wings on the way down.

The step requires me to trust the process. Trust that my meshing of words will find the audience they were meant to find. Trust that my book will provide as much entertainment as the next authors. Trust that I will live to take another breath and write another book and have the wonderful opportunity to be just as unsure about everything all over again.

Whatever it is you do in your life, if you feel moments where you are vulnerable and scared, then you’re doing something significant. It might be as large as saving thousands of lives, or as small as writing a book that gives people a few hours of escape into someone else’s life.

I’ve come to embrace my angst. Well, sort of. But I’ve pretty much concluded that if the angst leaves entirely, it might be time to move on.

How about you? Are you ever filled with angst? Or a little bit of dread? I’d sure love to have some company.

Peg Brantley's debut thriller, RED TIDE, has found it way into the hands of more than 35,000 readers in the six months since its publication. THE MISSINGS, a police procedural, will be available soon.