The Ends Justify the Means


Guilty, guilty, guilty. Yes, I’m guilty, and here, since it’s just us, I will confess to it.

Sometimes I read the end of a mystery first.

Okay, not completely first. I’ll read the first chapter, and then, read the end. (Don’t groan! Don’t hiss at me and click to another article. Listen. It’s for a reason. And I do go back and read the whole book.)

Before I started writing mysteries, I didn’t read the end first. In the time before
Prime Time, I read mysteries and thrillers and suspense just the way authors hoped I would. Starting at the beginning in a really good book, turning the pages as fast as I could, and then getting to the end at, well, the end. And that method of reading, time honored, was completely successful.

Then (at age 55, so all of you who want to write but thinking: it’s too late for me—well, it’s not) I started writing Prime Time. I had no idea what I was doing, so I powered along, happily typing and churning out pages. Outline? NO way, la dee dah, I was a pantser before I even know what a pantser was. Writing by the seat of my pants. But I figured I knew the story, and who got killed, and how, and who the bad guy was, and certainly, as a result, the ending. I absolutely knew where this book was going.

So one night, late, lying in bed, I was, of course, thinking about the book. I was about half-way through Prime Time, maybe 40,000 words. And I had been dipping into a how-to book by G. Miki Hayden. In it, she suggests an exercise where you try out each character as the villain. The point, she said, was to get a deeper view of your characters’ relationships with each other. That made sense to me, and seemed like a fun idea to try.

On the other hand, it also seemed like a waste of time, because I knew who my bad guy was.

My brain started racing, careening through my manuscript, checking chapters and mentally turning the pages as fast as I could. Had I—chosen the wrong bad guy? Had I—written half the book thinking I knew whodunit—and was I wrong?

I couldn’t believe it. I tried to talk myself out of it (luckily my husband was asleep) but the reality was staring me in the face.

I had chosen the wrong bad guy. It was all I could do not to run down to the study and bang open the computer and pull up the half-done manuscript and check.

The next morning, I realized I was right. To change the ending to the new (and real) villain, all I had to do was change—ah, maybe four of the thousands of words I had already written. The bad guy was already there, lurking in the pages, guilty. I just hadn’t noticed it. And I wrote the thing!

Talk about a surprise ending. I had surprised myself!

By the time I got to writing The Other Woman, I learned to let go. I had no idea about the twists and turns along the way. It’s a thriller, right? And there were plenty of thrills for me along the way as I discovered—as you will!—what the story turned out to be. If I had known at the beginning what would happen, the book would be completely different. Because that ending I thought I knew would have pulled me along—and not let the magic of the story create its own true ending. 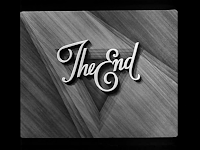 It’s gotten me thinking about endings. How, in a well-written mystery or thriller, something about the ending is right there in the beginning. It has to be. That the book is a cohesive whole, every little individual word of it creating the big picture. And when the author brings you to a terrific, original, unique ending, it makes the whole book work. The puzzle pieces rearrange, right? And you say: oh, now I see what the author was doing!

Shutter Island. Murder on the Orient Express. The Sixth Sense. Whether you like them or not, knowing the ending would make you read the book or see the movie in a different way, right? You would see the clues, you would see the foreshadowing, you would understand what techniques the authors used to fool the reader and how they lure the reader into believing one way—when reality is another. How they play fair—or how they don’t.

Knowing the ending, and reading “for” it, is a wonderful learning experience for me. It lets me reverse- engineer the story and the writing, and understand all the techniques that come into play.

And frankly, it allows me to take more time to enjoy it. When I was reading the new Think of A Number, I realized I was turning pages so quickly to find the secret, I wasn’t really “reading” the words. So—another confession—I asked my husband to just tell me what happened. 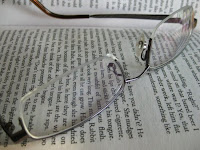 I’m not telling you what happened, he said, astonished. That would spoil the whole thing!

No, I said. Not knowing is spoiling it.

So he told me. And it was good. And then I read it, more slowly and even more appreciatively, because I knew what was coming.

And that is why, fellow readers and authors forgive me, I sometimes flip to the end. And then start at the beginning. Yes, I am guilty. Are you, too?

PS. Okay, fine. Do NOT read the last page of The Other Woman first. Still, even if you do—you won’t know exactly what happens. So go ahead. I dare you. And we’re giving away a first edition (they’re all gone!) of The Other Woman to one lucky commenter!

Hank Phillippi Ryan is the on-the-air investigative reporter for Boston’s NBC affiliate. Her work has resulted in new laws, people sent to prison, homes removed from foreclosure, and millions of dollars in restitution. Along with her 28 EMMYs, Hank’s won dozens of other journalism honors. She’s been a radio reporter, a political campaign staffer, a legislative aide in the United States Senate and an editorial assistant at Rolling Stone magazine working with Hunter S. Thompson.

Her first mystery, the best-selling Prime Time, won the Agatha for Best First Novel. Face Time was a BookSense Notable Book, and Air Time and Drive Time were nominated for the Agatha and Anthony Awards. Hank’s short story “On the House” won the Agatha, Anthony and Macavity.

Her newest thriller, The Other Woman, is already a bestseller and in a second printing. A starred review from Library Journal says “a dizzying labyrinth of twists, turns, and surprises. Readers who crave mystery and political intrigue will be mesmerized by this first installment of her new series.” The Booklist starred review calls it “A perfect thriller…” It is an Indie Next Great Read, an RT Top Pick, and is being translated into three foreign editions.

Hank is on the board of MWA and is president of National Sisters in Crime.


Please visit  Stuff and Nonsense today for a review of Ms. Ryan's latest novel, The Other Woman.