by AM Khalifa, thriller writer, Google+ 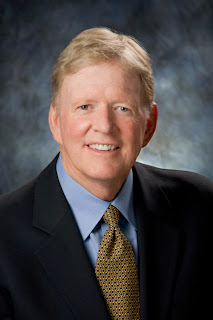 Scott Nelson is the film industry’s leading technical expert on all matters FBI. Most recently he was Clint Eastwood’s main point of reference on J. Edgar, the historic biopic of the FBI's founder. A former and highly decorated marine, Mr. Nelson rose to head the FBI's public affairs office where he was instrumental in the creation of America’s Most Wanted, as well as convincing the filmmakers of the Silence of the Lambs to shoot on location at the FBI’s academy in Quantico, Virginia.

I sat down with Scott for a coffee and a chat near Westlake Village in Southern California, where he now runs a global security and risk management firm. I wanted to glean some valuable advice for crime fiction writers. This is is the first of a two-part interview. Click here for part two.

AM Khalifa: During your time heading the FBI's public affairs office, did you ever work with crime fiction writers, and if so, what are they typically trying to research?

Scott Nelson: Yes. Typically crime fiction writers want to know how it works in the real world and then how those basic techniques and tactics can be tweaked to create more interest and more drama. Everyone is looking for that new story, and as times change that new story will always emerge. Plus, old stories can be retooled to present new facts and new views.

AMK: As an FBI insider, what is the number one misconstrued notion about the Bureau that you would like to set the record straight on here, once and for all?

SN: That the FBI always screws over the "locals" (local and state law enforcement). Simply not so. The Bureau works hand in glove with state and local officers and provides ongoing valuable training, research, services and support. In fact, many joint operations are run every day.

AMK: However, I think readers and viewers LOVE it when the smart, omnipotent FBI agent slights the incompetent locals and pulls rank and jurisdiction. They feel secure of a positive outcome when a favorably drawn FBI agent is involved. Do you agree?

SN: Yes, but likewise there is a tendency to show cops merely as doughnut eaters. And therefore, many cops - particularly suits in the front office - are quite defensive and constantly trying to prove their worth. I've been blown off on many occasions by locals who do resent the FBI and their own lot in life.

AMK: How accessible is the FBI as an organization to independent authors reaching out to it for technical information, and what specific mechanisms exist to deal with such requests?

SN: The FBI Office of Public Affairs, Washington D.C. and the Public Affairs Agents in the many field offices are very receptive to independent authors looking for technical information. The FBI is always trying to "tell their story" but the level of interaction and assistance will often depend on the topic, the legitimacy of the work, and the track record of the author. Usually there are some requests that can't be accommodated for a variety of reasons. That is where former FBI Agents come in. They may be useful.

AMK: What useful resources and tips for crime fiction writers seeking to research the FBI or FBI agents can you share with us?

SN: Talk to a real FBI Agent, and don't believe all you hear from the so-called crime experts. There is also a tremendous amount of online information available, including legitimate search warrants, interviews, organization charts, etc. I would definitely take advantage of this information. Much of what authors want to know has already been done. No sense re-inventing the wheel, although new and fresh perspectives are always welcome.

AMK: I've heard you describe the typical look and feel of an FBI agent. Do you think established contemporary novelists tend to get the FBI right in their narratives, or is there room for improvement?

SN: That's a good question. So, I'll ask one myself and then answer it. Do you think FBI Agents are super sleuths, pushy and nerdy? Well, some are but most are not. The Bureau is made up of thousands of men and women with varied occupations, skill sets, genders, and ethnicity. Doctors, lawyers, accountants, military officers, teachers, engineers, etc. are proud to call the FBI home. Real agents are real people with real problems and real accomplishments. Actually, they seek to serve and so they do. Although J. Edgar Hoover promoted the super G-Man, "can do no wrong" concept, which actually helped the FBI solve cases and still does, that view can be more fiction than fact.

AMK: Is the FBI concerned about crime writers inspiring copy cats? And if so, where do we draw the line between freedom of speech and social responsibility?

SN: Great question. Real is often boring, while blood, sex, color, violence and "I can't believe that happened" are often titillating and popular. And repeated. Salacious also sells. Deviants often get ideas from the media and because it is done once, they psychologically give themselves ethical permission to do it again. I do think the FBI is concerned about copy-cat crimes and we often see similar crimes following serious publicized incidents. That said, members of the public have a right to know and make up their own minds. Freedom of speech - not yelling fire in a crowded hall - is paramount. Social responsibility is also tremendously important. The balance between the two is personal, guided by ones ethics, existing laws and regulations, and just good common sense. Doing the right thing is actually black and white and a pretty easy thing for most of us. Writers included.

AMK: Many crime writers go through their careers without ever meeting real-life criminals. Do you think it would add any value for a crime writer to interact with some of the seriously bad people we tend to write about?

SN: Yes. Many stories are gleaned from interviews of crooks, deviants, and weirdos (whatever they are). Human motivation is a complicated thing, and understanding the motivations of seriously bad people can be insightful. Short of that, talking to some real FBI agents and conducting strong research are helpful.

AMK: Do you find your experience in law enforcement gives you an advantage in predicting unexpected twists and turns in a crime novel?

SN: Yes. Been there, done that helps a lot. On the other hand, that experience can sometimes restrict out-of-the-box thinking because frankly, many neat turns and twists are simply figments of some writers' imaginations.

AMK: Are there particular crime story lines you feel are not broached enough that would make for compelling fiction?

SN: My sense is that much of it has been covered in one way or another. But there is always more out there. High tech/cyber crime solving is always of interest as is the more basic terrorist crime fighter profile of an agent winning against great odds. Also, the FBI cracks big cases all the time and many of those offer good story-lines. In general, I think we all like the good over evil story where the disadvantaged crime fighter overcomes all odds to save America, often sacrificing his own life in the process.

AMK: What types of fiction genres and story lines appeal to you most and why?

SN: I listen to books on tape when time permits, often when I'm on the road. I did make a recent exception and read Terminal Rage.....guess that sounds familiar, huh? That story line appealed to me because it fronted a real character with real problems and a noble cause. Plus the good guy won. I must say that stories promoting right over wrong, the goodness of man, and the greatness of America, as opposed to glorifying evil, violence and man's darkness appeal to me.

SN: My favorite writer is Ernest Hemingway - hardly a crime fiction writer - and I listen to The Old Man and the Sea over and over again as it depicts real life lessons of a good guy underdog overcoming great odds to accomplish something really worthy. As for crime films, my favorite is Silence of the Lambs, and my students always profile Hannibal Lecter in a Psycho Social Criminal Behavior graduate class I teach. We've also studied Clint Eastwood's J. Edgar, but unfortunately I think the writer for that movie was off-target in many respects. On the light side, I watch time and time again Scent of a Woman, Planes Trains and Automobiles, Good Morning Vietnam, Office Space and many other movies some might not actually classify as serious pieces.

Readers: Do you like your FBI agents served nerdy and smart, or strong and infallible?

Writers: What challenges do you face when depicting your law enforcement protagonists?

I send out a monthly newsletter with free fiction, intriguing interviews like this one, and insight on how a thriller novel like mine goes from the printed page to the silver screen. Join me on this amazing journey! Consider signing up as I also run cool competitions, give away free books (not just mine, but by authors I admire), and will protect your privacy and not share your email address with the widows of former Nigerian dictators, regardless of how much they offer me. Pinkie promise. Sign up, now!

AM Khalifa, author of international thrillers, writes exhilarating, contemporary stories pulsating with life and unforgettable characters. His debut novel, Terminal Rage, is a layered thrill ride that moves seamlessly from inside a nerve-wracking hostage situation to far-flung locations across the world, challenging readers to stay ahead of its unpredictable plot.
Posted by Unknown at 5:00 AM