What does the Print Media Have Against E-books? 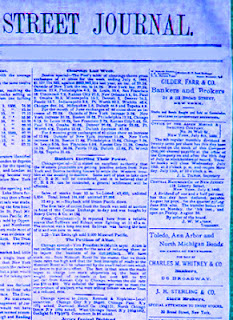 I read a recent Wall Street Journal article that quite honestly had me scratching my head. In reading it, one might think e-books are nothing more than a passing fad, destined to play a supporting role to paper books.

The article was titled: Don’t Burn your Book—Print Is Here to Stay. With the subtitle: The e-book had its moment, but sales are slowing. It cited a Pew survey, but when I looked it up, this was their headline: E-book Reading Jumps; Print Book Reading Declines.

It seemed the WSJ was stating the exact opposite of what the study was saying. The contradiction made me curious, so I kept reading, and the more I compared the two, the more puzzled I became.


"How attached are Americans to old-fashioned books? Just look at the results of a Pew Research Center survey released last month. The report showed that the percentage of adults who have read an e-book rose modestly over the past year, from 16% to 23%."

And here’s what that Pew study actually says:

The WSJ goes on to say:


"A 2012 survey by Bowker Market Research revealed that just 16% of Americans have actually purchased an e-book and that a whopping 59% say they have "no interest" in buying one."

That one startled me. I’d never heard such a thing. Then I looked closer and realized they were talking about all Americans. Since most people in this country don’t buy books in general, it would make sense that more than half would have no interest in buying an e-book. But it would seem that if they’d asked actual readers that question, those results might not be quite-so-whopping. So in reality, these numbers are pretty meaningless.

And there was this:


"Purchases of e-readers are actually shrinking, as consumers opt instead for multipurpose tablets. It may be that e-books, rather than replacing printed books, will ultimately serve a role more like that of audio books—a complement to traditional reading, not a substitute."

Does the WSJ not realize that those "multipurpose tablets" actually have e-readers built into them? It would be kind of like saying, “Nobody buys tomatoes anymore, but salads are on the rise.”

It’s not the first time I’ve seen a story like this with a distinct bias against the e-book industry. I remember reading one recently (also in the WSJ) that spoke of Amazon’s “Struggle to crack publishing”. It painted a dismal picture by citing their poor sales. The only problem was, their theory was based solely on Amazon’s print book revenue, completely ignoring their Kindle sales, which are outselling the former. Also overlooked was the fact that many brick-and-mortar bookstores refuse to carry Amazon titles.

I’ve read articles from other traditional print media publications that appear to have the same slant, and it made me wonder why so many of them seem anti-e-book.

One popular theory is that these ostensibly unbalanced representations are fueled by Amazon’s threat over the marketplace. Many retailers have reacted in a similar manner. Target and Walmart announced they would no longer sell the Kindle e-readers in their stores (although they continue to carry devices from other companies such as Barnes & Noble's Nook). A New York Times article states that Target Executives sent out a memo to their vendors stating:

"What we aren’t willing to do is let online-only retailers use our brick-and-mortar stores as a showroom for their products and undercut our prices.”

Is it possible an industry that's struggling to survive in the digital age might be reacting in much the same manner? Of course, I don’t claim to know the answer. I can only guess.