How to Write a Sex Scene 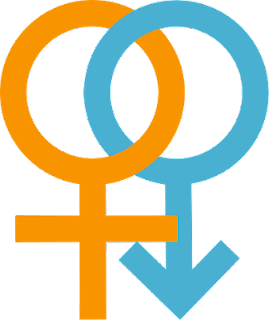 A while back, I did a post about sex scenes: I said they had no place in thrillers. I also said I’d never put one in my novels.

Then fate gave me a double-barreled shot of whoop-ass, when I realized I needed to have—you guessed it—a sex scene in my upcoming novel. There was absolutely no way around it. Darkness and Shadows is a psychosexual thriller, and you can’t have seduction without sex. It’s kind of like a cone without the ice cream. Won’t work.

The whole point of the scene is that the protagonist’s love interest becomes emotionally vulnerable after their encounter and reveals something about herself she normally would not. This sets up the premise for the entire plot.

After realizing there was no way to avoid this, my next step was to write the scene without losing my reader (and my credibility). When I finished the chapter, however, I was surprised to find it actually worked. Here’s where my learning curve took me. I'm fully aware this is going to sound like an instruction manual, but I'm keeping it as clinical as I can, folks.
If you’re going to add sex, it should be crucial to the plot

There has to be a specific purpose for a sex scene. Why? Because anything less will come off as gratuitous, if not pointless. Much like violence—or any other element, for that matter—if an action doesn’t drive the plot forward, it’s excess weight on the reader's mind. I know my sex scene was necessary because I ran hundreds of other scenarios through my mind (I was earnestly looking for a way out), but none came close to being as effective. So perhaps a good question to ask yourself when considering whether to add sex to your novel would be: is there a better device I could use to make my point? If the answer is yes, lose it—if not, go for it.

You don’t have to name every part

At first, my scene was just one big hot mess. Seriously. I don’t need to give the details here, but what I realized was that none of the explicit details were necessary; in fact, they undermined what I was trying to accomplish. Since we’re talking about plot/character-driven elements (i.e.: purposeful), the scene wasn't about what the characters were actually doing—it was about their individual motivation. It was about the people, not the parts. Which brings me to the next point.

Focus on the emotions

Since the purpose of the scene was to advance the plot, what actually mattered was what the characters were feeling and thinking. The act itself was a vehicle—not an actual road. So, when I revised the chapter, I focused instead on what was going through my protagonist’s mind (since we’re in his POV) as well as the words and actions of his love interest, so I could set up for the big reveal when she finally pulled back the curtain and uttered those ominous words.

Keep your characters in character during sex:

Yes, people do act and speak in ways they normally wouldn’t when they’re sexually aroused, but we’re talking plot here, not real life, and it served no purpose to have my characters express themselves this way during my scene—in fact, it would have only distracted from the point I was trying to convey in the first place. Another thing I had to pay attention to was my narrative (which again, is from my protagonist’s POV). Using explicit language in my prose would have been out of character for him, and in effect, would have bumped the reader out of the story.

Sex is generally fast—the scene should be as well.

Yes, I know there are exceptions, but if you’re writing a thriller, everything has to move quickly, and this kind of action is no exception. Since the scene occurs as a flashback instead of in real-time, I didn't have the luxury of going on and on (and on). Memories are fleeting. Even memories about sex.

And after polling my readers, I found that most don’t want sex scenes in their suspense novels, but most stated they could tolerate one if it didn’t go on for pages and pages. So my scene moved rapidly but realistically. I made my point, made sure the reader got it, then I moved on. The entire scene took up three-quarters of a page.

In other words, sometimes it’s not what’s actually written on the pages—it’s what stated between the lines. The reader will get it. They’re smart. In addition, if there’s a budding romance between characters, the tension building between them can be even more provocative than actually having them fulfill their needs. If you write it correctly, the reader will feel it as well.

I think writing this post (and avoiding the inevitable innuendoes) was more difficult than writing my actual scene.

What are your thoughts?