Don't Insult Your Readers by Overexplaining 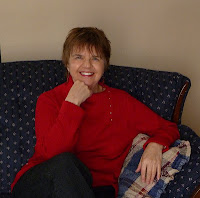 If you want to write compelling fiction that sells (and who doesn’t?), when you’re revising, keep an eye (and ear) out for any repetitive sentences and passages and delete them. Resist the urge to explain a point to your readers or say the same thing several different ways, just to be sure they got it.


And if you “show” a character’s feelings (as is most powerful and immediate), no need to follow that up by “telling” readers how they felt, too. That’s overkill and comes across as patronizing. Today’s readers are sophisticated and savvy, so make your point, then move on.
Sure, go ahead and write more leisurely the first time through, exploring different ways to express various ideas or to show character reactions or motivations. But then later, save the doc in a new file and get out your red pen or hover your finger over your “Delete” key and start taking out all those “supporting phrases” that pile up and actually dilute the power of a single phrase or image that stands alone.

Repetition is redundant.
Whether you’re trying to set a mood with imagery, deepen characterization, or advance the plot with action or dialogue, it’s best to just say/show/describe it once—twice maximum—not three or four times.
You may think you’re emphasizing something by repeating it, but even if you say it in different words, the overall impact is diminished. A lot of my editing consists of flagging repetitions of ideas, words, or imagery. And I’m guilty of it myself in my own writing – even editors need editors!
Here’s an example, well-disguised from my editing, of saying basically the same thing three or four or five times within a paragraph.
Before:
Enraged by the CEO’s false accusations, Cheryl struggled to regain control of her emotions. She didn’t often lose her temper but when it happened, she found it difficult to calm down. She had never been so angry at any time in her professional career. Mr. Johnson had pushed her too far when he suggested that she could possibly be involved in stealing those confidential documents. Just thinking about what he said made her blood boil.
After:
Enraged by the CEO’s false accusations, Cheryl struggled to regain control of her emotions. How dare he suggest that she could be involved in stealing those confidential documents? Just thinking about it made her blood boil.
Paring the ideas in the “Before” paragraph down to the essentials increases the power of the message. Repeating it several times actually detracts from the message and dilutes it.
Often less is more, in the sense of having more impact.
RUE: Resist the Urge to Explain
“Resist the Urge to Explain” was coined by Renni Browne and Dave King in their book, Self-Editing for Fiction Writers. Basically, it’s about honing your fiction-writing skills so your dialogue, actions, and evocation of characters’ inner feelings and reactions come to life on the page. Resist the urge to add some clarifications afterward to explain what you meant.
Show, don’t tell:
Show us how the character is feeling or reacting. Then resist the urge to explain (tell) it afterward, just to be sure the reader got it:
Example:
“We will find out who you are. We have eyes and ears everywhere. You are not safe from us.” The click of the line disconnecting underlined the obvious menace of the cold tone and intimidating words of the caller.
What follows the quoted words is overexplaining. Don’t explain to the readers something they already know from reading it themselves. They’ll feel that you’re talking down to them.
This tendency to overexplain can show up in minor ways, like the examples below, where the last sentence in each is superfluous and should be taken out.
“You idiot!” she yelled, throwing the picture across the room. She was furious.
“You crack me up,” she said, laughing hysterically. Joel could be so funny.
She threw herself down on the bed and sobbed into the pillow. She felt miserable.
In each instance, the second sentence is not only unnecessary, it detracts from the message of the first. Also, the first sentence shows and the second sentence tells. When you explain emotions and reactions to the reader, it’s as if you’re covering your tracks, in case your initial description or dialogue didn’t show it well enough.
So resist the urge to describe (tell) how your character feels. Instead, dramatize (show) it for the reader with precise words and strong imagery.
Same thing with phrases like, “He banged loudly on the door,” or “She whispered softly,” or almost any other “he/she (verb) (-ly adverb). What they say plus their actions or inner reactions should make it clear how they’re feeling, so no need to add the -ly adverb.
Subtle is more sophisticated
Rather than stating the obvious, it’s more powerful to hint at it. Often best not to spell it out, especially if it has to do with a character’s inner thoughts or suppressed feelings. Subtext leaves the readers with more satisfaction that they’re successfully reading between the lines.
Don’t patronize your reader.
Readers and writers, do you have any ideas or examples to add?

See my award-winning book Fire up Your Fiction (formerly Style That Sizzles & Pacing for Power) for lots of concrete ideas on paring down your fiction to reveal the powerful core.

Jodie has published two books to date in her series, An Editor’s Guide to Writing Compelling Fiction: Writing a Killer Thriller and Fire up Your Fiction (Style That Sizzles & Pacing for Power), which has won two book awards so far. Look for the third book in the series, out soon. For more info, please visit Jodie’s author website or editor website, her other blogs, Resources for Writers and The Kill Zone, or find her on Facebook, Twitter, and Google+. And sign up for her newsletter.