Why I'm Leaving the World of Indie 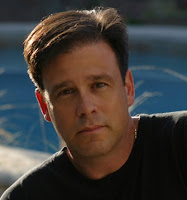 I recently made a very big decision in my career as an author. I’ve signed publishing deals with Thomas & Mercer and 47North (the Amazon-owned imprints dedicated to mystery/thrillers and horror/sci-fi/fantasy).

After making the announcement, people began asking the inevitable--they wanted to know why I'm surrendering my status as an indie author.


It’s a good question, one I asked myself a lot before signing the deal. I’ve always been very proud of my indie status and of the movement itself because it's given me and countless others a chance to live the dream after facing years of rejection from traditional publishers.

But even though the conditions will change, I know the thinking behind them won’t. I realized this when Alan Turkus called to congratulate me on our partnership. He told me that their philosophy is to treat authors as customers, not as clients. That resonated very strongly with me, because it's a new way of doing business, something that before now has not been a common practice among traditional publishers.

And it isn't just talk. From day one, I’ve been treated in ways I know many of my traditionally published counterparts have not been. The lines of communication have been clear and open, and my input is extremely valuable to them. I feel like an active participant in my publishing process, something that as an indie author has always been very important me.

Another reason I made this move is because my goal has always been to take my publishing career to the next level, but as an indie author there’s only so much I can do to grow my readership. The publishing business is changing at break-neck speed, but it’s actually the indie portion that’s changing the fastest. With self-published books flooding the market at an alarming rate, it’s getting harder to sell them. Amazon has the marketing resources to help me reach a wider audience—something traditional publishers can’t do--while at the same time, take a significant load off my shoulders, so I can dedicate more time writing and less to promoting.

And then there are my readers, who are as important to me as the work itself. Amazon became the world's largest bookseller by putting their customers first, and I know they'll treat my audience with the same degree of care and respect that I do.

I'm very excited about this opportunity, but even more excited  to see another new and viable route for others like me who have struggled so hard to get their work into readers' hands.

Andrew E. Kaufman is the bestselling author of The Lion, the Lamb, the Hunted and While the Savage Sleeps. For more information about his work, please visit his website at: www.andrewekaufman.com
Posted by ANDREW E. KAUFMAN at 1:08 AM