One thing all fiction writers must do is build tension in their stories. No matter the genre, the main character must have a goal and be thwarted at every turn from achieving that goal. The cop wants to catch the serial killer, but is given false leads. The sleuth opens a cabinet that holds an important clue, but is conked over the head with a teapot. The handsome cowboy is set to ask out the cute barmaid, but is told by her psycho-stalker roommate that she’s a lesbian. 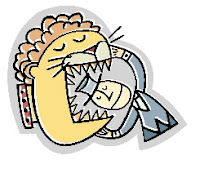 One of the things I have to do is put my P.I. in dangerous situations. I don’t like danger myself. I don’t walk down dark alleys, don’t snoop around where I’m not wanted, and have never been in a physical fight, unless you count the time my mare bit me and I smacked her with the hose. I don’t even open other people’s medicine cabinets when I’m visiting, unless I’m looking for dental floss to dig out that piece of overcooked brisket wedged in my molar.


Honest, that’s all I’m looking for. 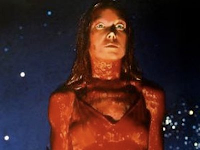 If I made a horror movie, it would last exactly five minutes. When I heard the weird noise outside, I would not go out looking for the source, carrying a candle and wearing a negligee. For one thing I don’t own a negligee. What I would do is call 911, turn on all the lights, gather every weapon and sharp object in the house and barricade myself in the back bedroom. And… credits roll (police sirens in the background).


So putting Peri in the line of fire is not easy for me. I like Peri. I don’t want her to be injured or killed. But I’ve read armchair detective stories and I’m just not as interested in the action if the main character is not in the thick of things. Secondary characters in danger don’t get me as involved as when it’s happening to the protagonist. So Peri must go where I don’t want to tread.

Apart from my own fear, I confess, when I begin to write a scene where Peri is going down the dark alley or snooping around, I am actually afraid that the scene is going to get out of my control and Peri will be boxed into a corner with no escape. I have written plenty of scenes where I want them to go in one direction and my characters revolt and march off the opposite way. What if the danger doesn’t go the way I plan? What if the villain is a step ahead of her and she walks into an ambush?


I know what you’re thinking: just rewrite the scene. (Okay, you’re probably thinking I’m loony as a Toon, too, but let’s leave that for another post.)


I’d like to think I can rewrite the scene, but I can’t. I mean, I can, but the original version will haunt me. All the time that I spend revising that chapter so that she gets a phone call just before she opens the door, which delays her enough to figure out that she’s being set up, I’m still thinking: nice dream but I know she really walked straight into that gunfire.


So when I begin an action scene, I decide on the outcome first. Is Peri left unconscious? If she gets shot, where? Once I know how she will survive, then I imagine rewinding the scene and playing it backward, so to speak. This way, I can direct the action from the start so it ends my way. 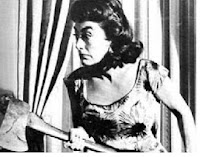 After all, I can’t depend on my characters to do it for me.


So, writers, how do you thrust your characters into the line of fire? And readers, how much do you trust an author to take you to that edge without driving you over it?
Posted by Gayle Carline at 12:00 AM