Why You Should be Using Pinterest to Promote Your Book 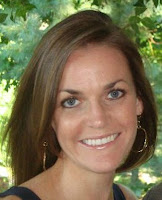 As the publishing industry has constricted in recent years, authors have taken on more and more responsibility for promoting and advertising their own books. The traditional image of the introverted writer has become less and less viable, as successful authors have had to make their presence known on sites like Facebook, Twitter and Pinterest. After all, the public isn’t likely to read your book if they don’t know it exists. And while traditional marketing and advertising often require a significant budget and specialized skills, social media is free and fairly easy to use. So why not get started with Pinterest?

What is Pinterest?
Pinterest is a social network built around virtual bulletin boards. Instead of a timeline like Twitter or Facebook, you have a bulletin board that you “pin” photos to. Each photo has a caption that you can use to explain and/or link to more information. Other users can follow your board, comment on your photos and so on. The site’s popularity stems from its visual appeal and intuitive design. It’s easy to use, and visually oriented people find it easy to communicate with. Now, I know what you’re thinking: “But I don’t write picture books!” And that’s exactly why you should use Pinterest.

Visual Storytelling on Pinterest
Today’s marketplace is over-saturated with high-definition, carefully composed, hyper-manipulative imagery. Selling something as unassuming and understated as a book can be challenging in this context, but Pinterest can help you to close the gap. Successful social media users don’t try very hard to sell their products. Instead, they use social media as an outlet for storytelling and community engagement. Telling the story of your book’s creation, your genesis as an author or the subject of your work are all great ways to use the site. You can also invite other users to take part in or respond to the story and begin the process of community building.

Pinterest for Marketing
By using a series of images—whether you create them yourself or cull them from other sites—to tell stories and build relationships may not sound like an author’s job. But it is a great way to entice 21st century readers away from their laptops and into the pages of your book. As you begin to build a community of engaged followers on Pinterest, they will begin to do the work of marketing your book for you. Just wait until fans begin creating boards dedicated to your work!


In today’s media environment, literary creators need to be particularly savvy when it comes to using 21st century marketing tactics. The fact that you managed to tell a 300-page story without any pictures doesn’t mean that you’ll be able to sell it without using any pictures. Pinterest is an intuitive and social way of using visual images that authors can capitalize on without learning specialized skills or raising funds to hire photographers or graphic designers. The opportunity is simply too good for any writer interested in commercial success to pass up.

Melissa Woodson is a social media and outreach coordinator for 2U Inc., a higher education company that helps top-tier universities bring their masters degree programs online. The online LL.M. degree offered through Washington University in St. Louis and the Masters of Public Administration from the University of North Carolina at Chapel Hill are among their partnered offerings. In her free time, she enjoys running, cooking, and making half-baked attempts at training her dog. Follow her on twitter @hungryhealthymj.