Better To Be Lucky, Or Good? 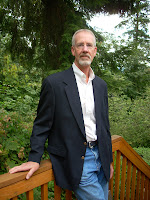 Thriller writer Stephen White tells a wonderful story about how he came to be a NYT best-selling author. His first Alan Gregory novel sold well enough in hardcover that his publisher was pleased to make an offer on his second book, and that sold better than the first. The publisher’s lead title for the month White’s second book was supposed to come out in paperback was behind schedule. In a meeting to decide which book should take its place, his publisher’s editorial staff discussed everything but. Right before the group broke for lunch one of the editors piped up and said, “What about White’s book?” Heads around the table nodded, and rather than delay lunch, they decided on the spot to make White’s book the lead title the month of its release.

Six months later, when White flew to Pasadena for his first Bouchercon (my first, too, and I think Patricia Cornwell’s first as well), he saw his book prominently displayed in the airport bookstores. A print run of 400,000. Serendipity, he says. But was it? White is an extremely talented writer. Though his second book wasn’t originally intended as a lead title, surely his third or fourth book would have been chosen. He’s that good. But in his case, he was in the right place at the right time.

My career as an author tracks more like the Albert King song “Born Under A Bad Sign.” You know, the one where he sings “if it weren’t for bad luck I’d have no luck at all.” My first publisher, Dodd, Mead & Co., went bankrupt. My second publisher, HarperCollins, passed up its option on my fourth book after seeing one month’s sales figures for the first book. (Obviously, when the second and third books were released Harper didn’t do much to promote them.) My fourth publisher crafts beautiful hardcover editions, but sells only to libraries, offering writers only limited exposure. My fifth publisher sells by direct mail, and though I sold decent quantities of the titles they published, the royalties they pay are laughable.

When my sixth book, a standalone, failed to attract representation despite being the best book I’d written, I knew that I had to come up with something new if I was ever going to land both an agent and a publishing contract. I spent eighteen months plotting and writing the first Blake Sanders thriller, and it took another two years to land an agent and another year after that to find a publisher. During that time, the opportunities to self-publish have exploded, and anyone can get into the business of writing and selling books. Now, luck alone can lead to huge sales. (John Locke might say otherwise, but he does admit he’s not that good.)

There are so many books being published now that even if an author does everything right—gets ARCs out to reviewers, uses social media, attends conferences, blogs, runs contests on his or her website, produces a book trailer, sends out press releases, etc.—there are no guarantees that readers will find the book.

So which is better, being lucky or being good? After all these years, I’m still inclined to believe talent wins out in the end, but I want to be both. Write the best book you possibly can and then be prepared to take advantage of Serendipity when she shows her lovely head. Make your own luck. Then again, we all know crappy writers whose books sell like hotcakes because they were in the right place at the right time.


After stints as manual laborer, dishwasher, bartender, restaurant manager, commercial photographer, magazine editor and public relations executive, Mike decided life should imitate art and became an author and freelance writer like his Chicago-based hero Emerson Ward. Mike has published six novels in that series and the stand-alone ISLAND LIFE in addition to NIGHT BLIND. He’s working on the fourth book in the Blake Sanders series and BLIND INSTINCT, the second in a YA thriller series.

Former public affairs consultant Blake Sanders figures he’s fallen about as low as he can go after losing his job, his marriage and his only son to suicide. But when an elderly customer on his newspaper route is brutally murdered and Sanders becomes the prime suspect, he gets caught up in a maelstrom of murder and deceit involving a pre-Civil War secret intelligence mission, hundreds of millions in buried gold and a bio-weapon that could cause a worldwide pandemic.

When the only man who can help him is assassinated, Sanders finds himself on the run from the cops, a murderer and a shadowy rogue French agent. His only hope of staying out of jail is his ex-wife’s law firm. His only hopes of staying alive are his wits and a mysterious naval intelligence officer. But Sanders isn’t sure he can trust even them.

NightBlind is a breathless thrill ride on and under the streets of Seattle as one man’s quest for the truth turns to a fight for survival.