This week we learned that John Locke—one of the first indie authors to sell a million books—paid for hundreds of reviews at a now-defunct paid-review site that didn’t require its reviewers to read the books, just to crank out the stars. Because the story made the NY Times, one expert estimates that a third of all Amazon reviews are fake. 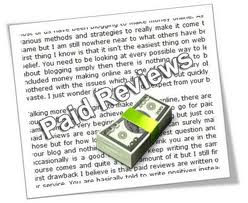 This pisses me off, breaks my heart, and makes me—and the other terrific and honest indie authors on this site—look bad. That is, if we have too many great reviews.

GalleyCat weighed in on this issue with this blog post, listing several bestsellers that each have more than 150 one-star reviews. The point of the short piece is that real bestsellers have lots of bad reviews as well as many good ones. The unspoken point is that books with too many good reviews and few bad ones must not be a real bestsellers, that those reviews must have been paid for or written by marketers or friends.

I resent this! Without good reviews, you’re treated like a hack and can’t sell books. Too many good reviews and not enough dogs, and you look like a phony. Obviously some authors—and publishers—resort to these tactics. But many of the books on Amazon’s bestselling and top-rated lists come by their reviews honestly.

I know I did. Dying for Justice is the top-rated novel on two of Amazon’s lists—police procedurals and mystery series—with 54 five-star reviews, 8 four-stars, and 1 one-star (idiot). Not one was paid for or written by a marketer. My sister claims she wrote a review, but she loves my work. And I can’t find it, if she did. And I have many great reviews in print magazines—Mystery Scene, Crimespree, Spinetingler, and RT Reviews—to support those online "amateur" reviews.

Yes, I gave away the book on Goodreads, with the idea that readers would post reviews, but I took my chances that they would be in my favor. And yes, I asked readers in a blog to post reviews for the book—but always with the caveat “if you read and enjoyed the story.” I don’t want or need fake support.

Here’s a question for GalleyCat: If a book with a lot of fake five-star ratings wasn’t good, wouldn’t a lot of honest readers start to give it bad reviews? You can’t fool everybody forever. No author has that many loyal friends or fake online IDs—except maybe Stephen Leather, another example of how some big-name indie authors are making the rest of us look bad. 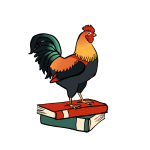 And I have to throw in one more issue. The site that Locke used was clearly corrupt. Reviewers were directly paid to crank out good blurbs without even reading the books. But what about sites like Book Rooster? For a $60 admin fee, the site lists your e-book internally, then their unpaid reviewers sign up to receive and read books of their choosing. In exchange for free books, they write honest reviews.

This process seems fine to me, and I used the site for The Suicide Effect, my least-read book, just to get some reviews. But there was no guarantee of how many reviews or what they would be. It was just an opportunity for exposure, and I got lucky, mostly. But now I’m wondering if that was a mistake, just because the exchange of money (for the administrative fee) might make people lump the service into a paid-review category—even though no money goes to the reviewers.

What do you think? Have you read John Locke’s work? Does he deserve his success? Are you skeptical of any books with almost entirely good reviews? Do you think Book Rooster is a legitimate service? Should Amazon take Locke's work down to show it's serious about the trust factor for customer reviews?