Writing What You Know

When I was six years old, a man pointed a gun at me and told me take off my clothes or he would kill me. 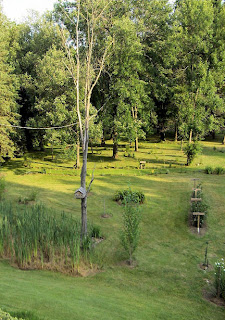 I think that at some point everybody takes a moment to look back at their life, wondering, “Now how did I get here?” How did I become a writer of dark suspense and crime thrillers? I know that one of the pivotal points for me was this event: being held at gunpoint at six years old. Some friends, my sister and I were playing on some wooded property when a man started yelling at us, threatening to kill us. He was hidden behind some bushes, and my sister pushed me down inside the crevice of a rock so I would be safe. I will always remember that.

She was eight years old, and she stood up to this man with a gun. He told us to take our clothes off, or he would kill us. And she bravely said “No, we won’t. You’re going to have to kill us.”

This went on for a while, and she refused while the rest of us cowered in fear. He shot the gun in the air to prove how serious he was, but she wasn’t budging.

Finally, he gave up and told us to run, and not look back. I remember I lost my shoes, but I wasn’t stopping. He said don’t look back and I didn’t.

We ran to our house and told my dad what had happened, and for some reason, he didn’t seem to believe us. So, rather than call the police, he put all four of us in the car and drove us up to the same place where we had just been terrorized. And as we pulled in a man in camo with a gun came walking out of wooded area. That changed everything. My dad questioned him, and he denied it all, but there he was. With a gun. In the woods where we had just been threatened.

So the police were finally called. I remember they came to our house, and all four of us waited in the basement for our turn to be interviewed. I don’t really remember the interview. I don’t really remember much past the day I was told the local church leaders had asked for charges to be dropped because he had just married and had a baby. And charges WERE dropped. He did not go to jail. At least not at that time. My mother told me years later that he did end up in prison, which is no surprise.

But it was that moment, that dichotomy of events—Church power vs. Municipal power—that made me question both my childhood religion and how things were handled by authorities, most of whom were also Mormon. And even deeper, why Mormon families allowed it to happen.

My friend, a retired detective, worked for a while in Farmington, Utah, where this happened, and she assured me it was done all the time. It made her sick, and eventually she left that local force and went to Salt Lake City which was a bit more diverse and less ruled by religion.

Now, I’ve long gotten past this event, and I wrote about it in my book WIVES AND SISTERS, but what I haven’t gotten past is my interest in religion and crime—murder--and the way they interact. Religion seems to be a catalyst for a lot of bloody crimes. Is it easier to commit a crime if you are convinced you are doing it in the name of God? I’ve wondered this as we watch events like the murder of Lori Hacking, by her husband Mark. Or the BTK Killer, Dennis Rader, who as an active member of the Christ Lutheran Church. We watched planes fly into the World Trade Center as terrorists gave their lives for glory and virgins and “Allah.”

Brian David Mitchell kidnapped Elizabeth Smart so he could have another bride. He was following the original teachings of the Prophet Joseph Smith, Jr.

In some hands, religion is more dangerous than a loaded gun.

And I began exploring it when I wrote. Every time I think there won’t be another story to tell, along comes another one.
And it doesn’t mean I hate Mormons, or want to hurt them. I like Mormons. Some of my best friends are Mormon. But there is something about the violent and bloody teachings of early Mormonism that triggers a switch in some degenerate brains. Brains like those of Mark Hoffman, who was committing fraud, and killed innocent people to try to cover it up.

I am currently writing my fourth book for St. Martin’s (tentatively titled Death Angel), and I don’t know if there will be more or not. I can’t say, because I don’t know. What I do know is there are stories that need to be told, and I am glad I got the opportunity to tell them.

And now I will also have an opportunity to go back and spend some time writing more Jenny T. Partridge Dance Mysteries. So much fun to write. So many pyscho dance moms. The drama never ends….

Natalie R. Collins has ten published books, several others in various stages of publishing, and is currently working on her next one… or two… or three. She has dabbled in both dark suspense and cozy mysteries, and is happy to be able to work in both genres.

In addition to writing for Binary Press Publications, and Sisterhood Publications, she has written for Penguin Putnam, Thompson Gale, and still currently has a contract with St. Martin’s Press. Her third book, TIES THAT BIND, was just released.
Her critically acclaimed WIVES AND SISTERS received excellent reviews, including one from Kirkus, calling Collins “…a talent to watch.”
Natalie lives in Southern Utah with her husband Jeff, and two spoiled  dogs.