Why Killing a Character Can Be Murder on the Author

This favorite is by Andrew Kaufman, bestselling thriller author 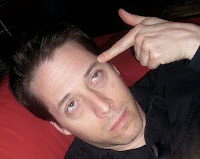 So what about you? Readers: ever been really upset over the death of a character? And authors: What have your experiences been while offing one of your peeps?
Posted by L.J. Sellers at 8:02 AM