Thank Goodness For The Fairer Sex

There are hundreds of reasons I love women, but one of the most important is how much smarter they are than men. (Unfortunately, too many women don’t give themselves credit for it, and more unfortunately most men will never admit it.) I believe one of the reasons they’re smarter is because they read more than men do.

The statistics are out for 2013, and once again women surpassed men in the number of books they read. According to Pew Research, 76 percent of all adult Americans (18 and over) read at least one book last year. But that breaks down to about 69 percent of men and 82 percent of women.

Not only are more women reading than men, they also read at greater rates than men do. The average number of books read by all adults last year was 12, and the median number was five (meaning half of all adults read more than five and half read less). Both numbers are higher if you include only adults who read at least one book—a mean of 16 books and a median of 7. But here again, women outpaced men by a substantial margin. Women read an average of 14 books, compared to 10 for men. 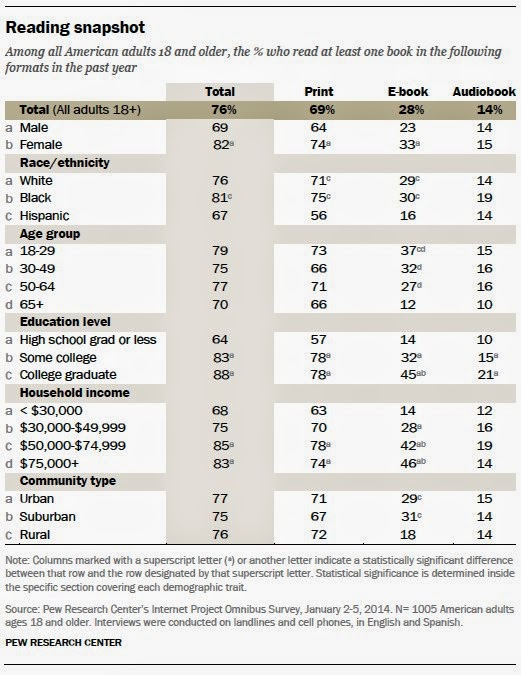 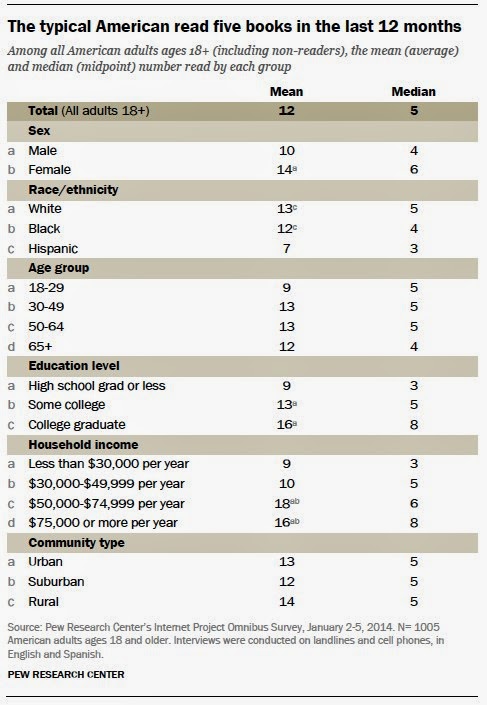 Some authors are also voracious readers. I’m one of them, so I wouldn’t be one of the “typical” Americans surveyed by the research company. But I know that my reading volume pales in comparison to that of many women, particularly fans of the mystery and thriller genres. And though the research doesn’t touch on genres, I’d be willing to bet that women’s reading interests are much broader than men’s, too. No wonder they’re smarter than we are!

Obviously, building readership is important to authors like me. Sometimes I wonder if that’s an uphill battle because of the way reader numbers skew by gender. With fewer men reading books than women, it’s more difficult to “acquire” a male fan. I think men are more likely to read books written by men (again, I think I’m atypical in that I enjoy books by women with female protagonists as much or more than the opposite). On the other hand, because women are more willing to read a broader range of books from different points of view, perhaps that offsets the lower number of male readers there are from which to draw.

Things could be worse—a lot worse. A Reading Agency study in Britain conducted by OnePoll found that 63 percent of British men don’t read asmuch as they think they should, and 46 percent said they read less than they did in the past. Worse, 75 percent would rather see a film or television adaptation than read the book. (The numbers for women were the opposite—75 percent said they’d rather read a book than see a movie or TV adaptation.) Worst of all, 30 percent of British men admit they haven’t picked up a book since required to in school.

Readers, how do you stack up against these numbers? What types of books do you like to read, and in what formats?