Reviews are always a hot topic for authors and readers, but this new legal development could fundamentally change online reviews. 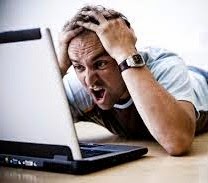 A business owner has sued for the right to see the names of anonymous online reviewers. The owner believes a rash of suddenly negative reviews came from competitors, because he can’t match their complaints and timing to his service records. The reviews hurt his business, and he sued them for defamation, demanding that Yelp turn over their identities. Yelp has refused, claiming first amendment protection. The Virginia state supreme court will decide the case this month.

I’m rooting for the business owner. A good friend lost half her business after one bad posting on Ripoff Report, in which the reviewer used a phony name and made false claims—after she gave him his money back.  As an author, I’m never going to sue any reviewers, but wouldn’t it be nice if they couldn’t hide behind fake internet names?

I expect readers to disagree, and I understand why anonymity seems important to them. Because I know so many writers personally, I don’t feel comfortable reviewing most books. But I also never use a made-up persona either. For anything. I stand by my words.

Consumer reviews have become very powerful in influencing buying decisions, subverting the power that marketers once had. Overall, I believe this is a good thing for all of us.

Yet, both authors and readers have abused the ability to post anonymous reviews. Some authors have used it to promote their own work and to trash their competitors. Readers have used it to complain about a book’s price with one-star reviews, and some just spew negativity and hatred wherever they go.

For me, the issue is opinion versus false claims. When someone reads a book and honestly hates it, they have a right to say so. But so many reviews, particularly of products and services, go beyond opinion and make false claims. Don’t those authors or small businesses have a right to counter those claims? Doesn’t the reviewer have an obligation to support those claims—if challenged?

I’ve gotten to the point that I rarely read my reviews, because so many are filled with false statements or misinformation. The characters’ names might be wrong. Actions and events are often associated with the wrong character or they are simply not from my story. These are often the good reviews! And every author has reviews where it’s clear the person never read the story. But I don't meant to disparage all reviewers! Many are thoughtful and careful, and for me, most have been supportive.

Still, I’m hoping the court decides that Yelp needs to turn over the reviewers’ identity. If it does, a precedent will be set, and more and more businesses will demand that negative/false reviewers produce documentation. That should lead to more and more transparency in online reviews—as the trolls realize they could be identified and held accountable.

What do you think? Does the first amendment guarantee our right to anonymous free speech or just free speech?
Posted by L.J. Sellers at 5:30 AM