An offer I couldn’t refuse

I was all set to attend the Tucson Book Festival, followed by Left Coast Crime, excited to go to Monterey, a few hundred miles up the coast from where I live in Ventura, CA. I’d booked my hotel ages ago and paid my registration. My fellow Brit friend, Jill Amadio, was driving up and had offered me a ride. I was all but packed. Then I got a phone call, asking me to take on an assignment in Canada, which blew my plans to bits.

If it had been any other assignment, I probably would have turned it down, but this was one offer I just could not refuse—analyzing handwriting of attendees at the TED Conference in Vancouver. You’ve no doubt seen TED talks, given by some of the brightest people in the world. TED (stands for Technology-Education-Design) members pay a whole lot of money ($10k, I’m told) to meet annually and talk about what they’re doing to save the planet and make it a better place. 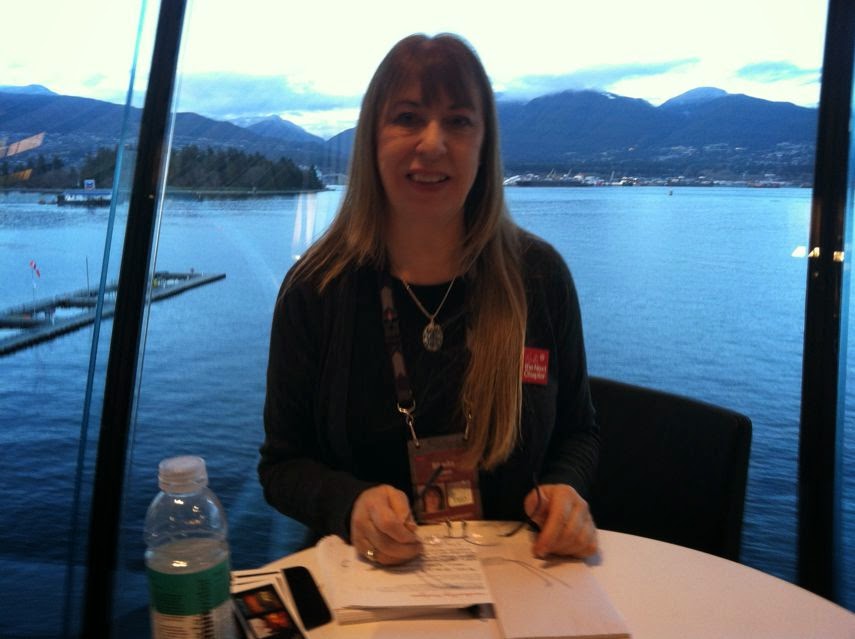 This year, the thirtieth anniversary, Bill and Melinda Gates were scheduled speakers, along with Elizabeth Gilbert, Sting, Gabby Giffords, and many other notables. Besides, the client wanted two handwriting analysts on site (plus two more at a remote location), which meant a road trip with my best friend and colleague, Linda Larson, and let’s face it, the money I would make in a week was as much as I got for my last book advance. So I transferred my LCC registration to a friend, Jill took over the hotel reservation, and off I went to Vancouver to work 12 hour days for a week.

Our task was to sit down with attendees for about 5 minutes and talk to them about what their handwriting revealed, then place them into one of 8 personality categories, ask them to sign a board under that category, and hand them a takeaway—a special writing instrument that suited their personality type. 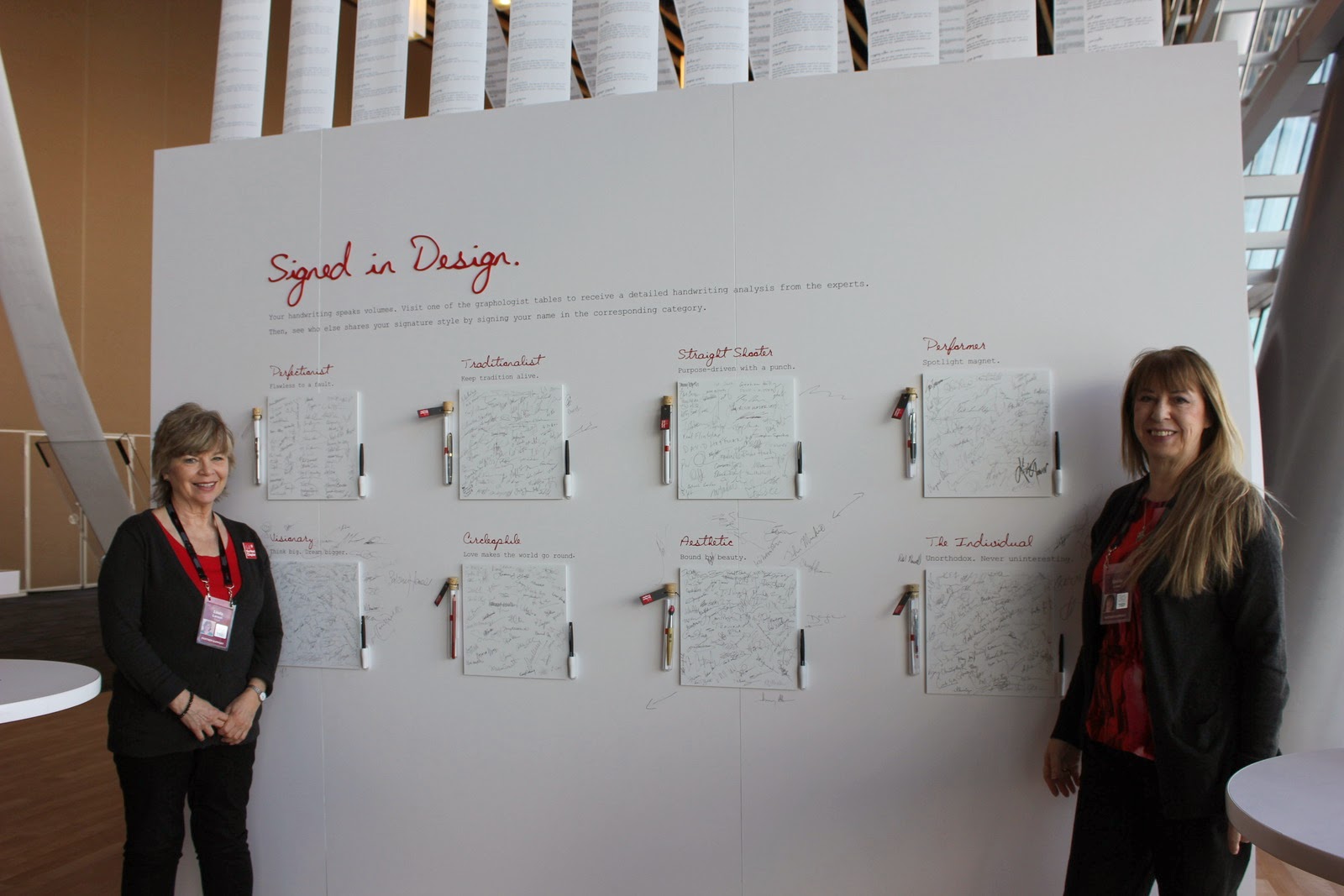 On the first day, I spotted Martha Stewart at the café next to where we were working, but she didn’t come over to say hi. Will Smith didn’t, either. But that’s okay, because the first person to sit down at Linda’s table was actress Cameron Diaz. Then Shonda Rhimes, the creator of my favorite TV show, Grey’s Anatomy, sat down at my table, followed by Sara Ramirez, who plays Dr. Callie Torres. I went totally Fan Girl, which is so not like me.

I also analyzed the handwriting of someone I had been hoping to meet there—Ron Finley, Guerrilla Gardener—who creates vegetables gardens on inner city sidewalks to help people eat better and save money. When the City tried to shut him down, saying he couldn’t use the sidewalks that way, he got the law changed. His TED talk from a couple of years ago is worth watching.

On the second day, people started coming to us, saying, “You guys are the hit of the conference. Everyone is talking about you!” We weren’t surprised, as that’s how it always goes at these events, but it’s always validating to hear. The other thing we kept hearing was, “But how did you know that just from my handwriting?!” I borrowed Linda’s funny answer: “Your mother told me.”

I learned that “CTO” stands for Chief Technology Officer when I analyzed the CTOs of AOL and Twitter, a journalist at Mashable, an editor for Huffington Post, a curator at the Metropolitan Museum, a producer for 60 Minutes. Oh, and the Poet Laureate of the United Sates(!), as well as many other fascinating people. By the end of the week we had each analyzed more than 300 attendees, an exhausting and exhilarating experience.

Working from 8:30 a.m. to 7:30 p.m. with one 45 minute break (and bathroom runs) left no time for sightseeing, but we did have some great food in Vancouver, and as you can see from the photo, working at the Convention Center on the waterfront with glass walls behind us couldn’t have been more beautiful. We got to see seaplanes land and take off just on the other side of that glass.

So, while I’m sad not to have been able to attend the Tucson Book Festival or Left Coast Crime, I’m thrilled that Linda and I had the opportunity to educate over 600 people that their handwriting tells the truth about them. And now, I’m looking forward to Bouchercon in November. Long Beach is only about 80 miles down the road.
Posted by Sheila Lowe at 12:43 AM