Every once in a while we, as authors, have to do this. We spend countless hours alone with a computer and so we get excited when good things happen and we like to share them. I have been struggling for nearly five months to get my first audio book completed and released. Now it's time to let the world know.

I decided to go the independent route and have it done in a studio with a professional narrator. It seemed like a good idea at the time. I'm not complaining about that choice. In fact, it was a wonderful experience. I sat for several days listening to the the narrator as she read and stopping her when necessary to fix things. I learned a lot and gained a new respect for narrators. The whole process was totally fascinating.

After meeting every day in the studio from early morning to late night, the narrator left and I stayed with the engineer to finish it up. Then I joined my family for Thanksgiving dinner, thrilled with what we had accomplished.

However, when I submitted it to ACX (Amazon's audio division) they rejected it because it wasn't mastered quite right. At that time I had no idea what that really meant. It took me another four months to get the audio mastered correctly and re-submitted to ACX. Some of the time delay was just bad luck. (The original engineer was hospitalized and out of commission for some time.) ACX said they would review it and get back to me. I was told the process would take ten days to two weeks. Three weeks later, I was about to call back to see if I needed to go back to the drawing board, when I discovered it had been released for two days and I had already sold quite a few copies. Yay! 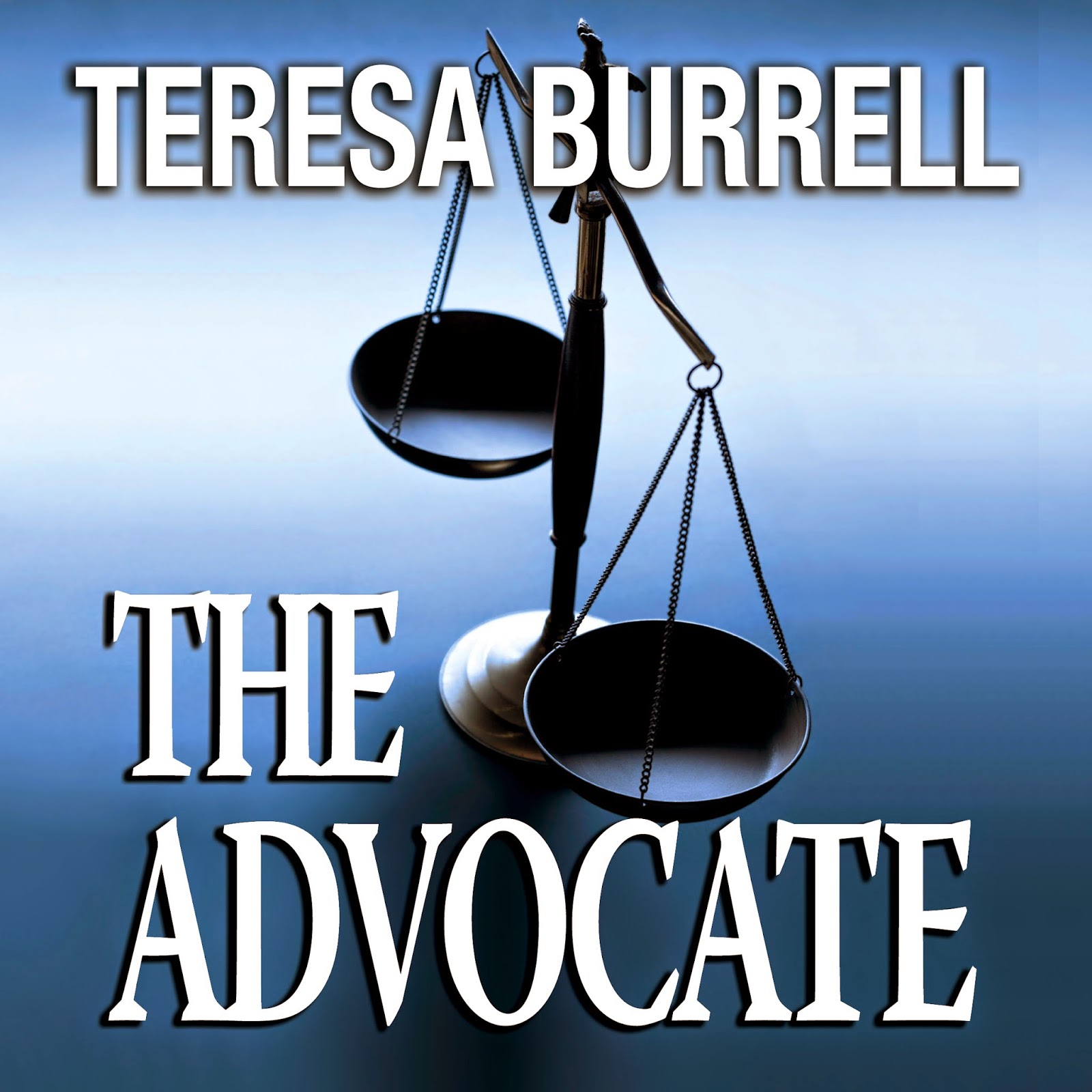 So, today my first book, The Advocate, is available on Amazon, Audible, and iTunes. Now I have the other four books in production, although I have chosen to take a different route this time for many reasons.

Posted by Teresa Burrell, Author, Attorney, Advocate at 7:50 AM