A Cover Should Tell a Story 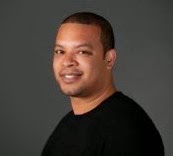 Fair or not, many people judge a book by its cover. That’s just the way it is. The cover is the visual artistic element of the book, and it should in some way give a visual reference to what the book is about. How do we as readers know if a book is worth reading, outside of reviews?

Hopefully, the book’s description is enticing enough to get us interested. But before we even get that far, the book’s cover has to grab our attention. The cover is the gateway to a potential reader and it should tell its own story. Since I’m a writer, I like to pick people’s brains about what they do and don’t like about books they read. Often I’ll ask how they choose a book out of the millions that are currently for sale. Most often people tend to read authors they’re familiar with.

The people who randomly choose books say the first thing that piques their interest is the cover. While writing this post I went on Amazon.com and typed in crime thrillers and over a hundred thousand hits came up. As a book reader, there’s no way I’m going to surf through that many books to find one to read. I’ll likely tighten my search by looking for “best sellers” or “top 100” or some other search term that’ll narrow the search.

Outside of reading a James Patterson or Harlan Coben or John Grisham, there’s literally thousands of other books that I’d have to sift through to find one that’s interesting. So, like you, the first thing I’ll notice is the cover. And sadly, if the cover is drab and unappealing I’ll likely move on until I find one that catches my eye. Hence, I could have negatively judged what possibly could be a great book because the cover didn’t grab me.

Here are two examples. My second novel in my Detective Jacob Hayden series is titled, Behind the Closed Door. In the first version, I chose a cover that I thought was enticing. While the book sold a lot of copies, the cover didn’t tell a great story. At first glance the cover looks like it should belong to a horror novel, not a detective series.

I reached out to an amazing cover artist, Ronnell Porter, and he took a look and said, “It’s missing something that grabs and demands your attention.” After I explained what the book was about, he took my vision and created a cover that does a better job explaining the book. Not only is the cover bold and eye catching, it tells its own story.

A novel could be the perfect crime thriller full of page-turning suspense, mystery and action. The characters could be well developed and the plot could move at a brisk pace. But if the cover doesn’t entice the reader into diving into the story, chances are, that in the potential reader’s mind, the book wasn’t good enough because the cover wasn’t appealing.

L.J. adds: For his second cover, he used a similar visual element, which adds a branding factor and makes the book easily identifiable as part of a series.


Charles Prandy graduated from the University of Maryland University College with a degree in legal studies. He attended Wesley Theological Seminary for two years, and it was there he got the idea to write his first novel, The Last of the Descendants, which was published in May of 2008. Charles enjoys writing crime thrillers and does extensive research on his topics.
Posted by L.J. Sellers at 6:11 AM