I'm going to Left Coast Crime next week! Come on, sing it with me - let's dance!


Actually, I don't know which is more exciting this year, the convention or the fact that it's in Monterey, one of my most favorite cities on the planet. If I ever wanted to pack up all my stuff and move anywhere, it would be someplace in the Monterey area.

I'd even live in Spreckels (population 673). Of course, I'd never really want to pack up and move anywhere. Sounds too much like work.

Not that the convention isn't going to be fun - it is. I'll be on two panels, one with my CFC buddies ("Lying for a Living"), and one about writing protagonists of a certain age ("Closer to Death: The Older Sleuth"). I admit, that last panel's name is disconcerting. Peri, my main character, is only 50, and yes, the further 50 appears in my rearview mirror, the more I say only.

I also volunteered to help out with a couple of panels. I get to clear away trash, provide water, and escort panelists to the signing area. If my impish side appears, who knows where I will lead these folks? It is Monterey, after all. I could take them right down to the bay...

Of course, it will be great fun to see all my pals again, as well as to meet new folks. This is my third LCC. What I'm finding with this convention, as well as with most of the recurring events I attend, is that I can't judge everything on the first year. I need to repeat the experience several times, to build a network of people I know. Then it stops being about whether I have a new book out and starts being about who can I talk to, brainstorm with, enjoy.

One of the more fun things I'm looking forward to doing is giving out a copy or two of my newest mystery. It's a standalone, featuring brand new characters and I hope to have a couple of ARCs to give away to some lucky reader. I really like this book, and although I don't see it as a series, one of my beta readers is dying for me to write at least one more. 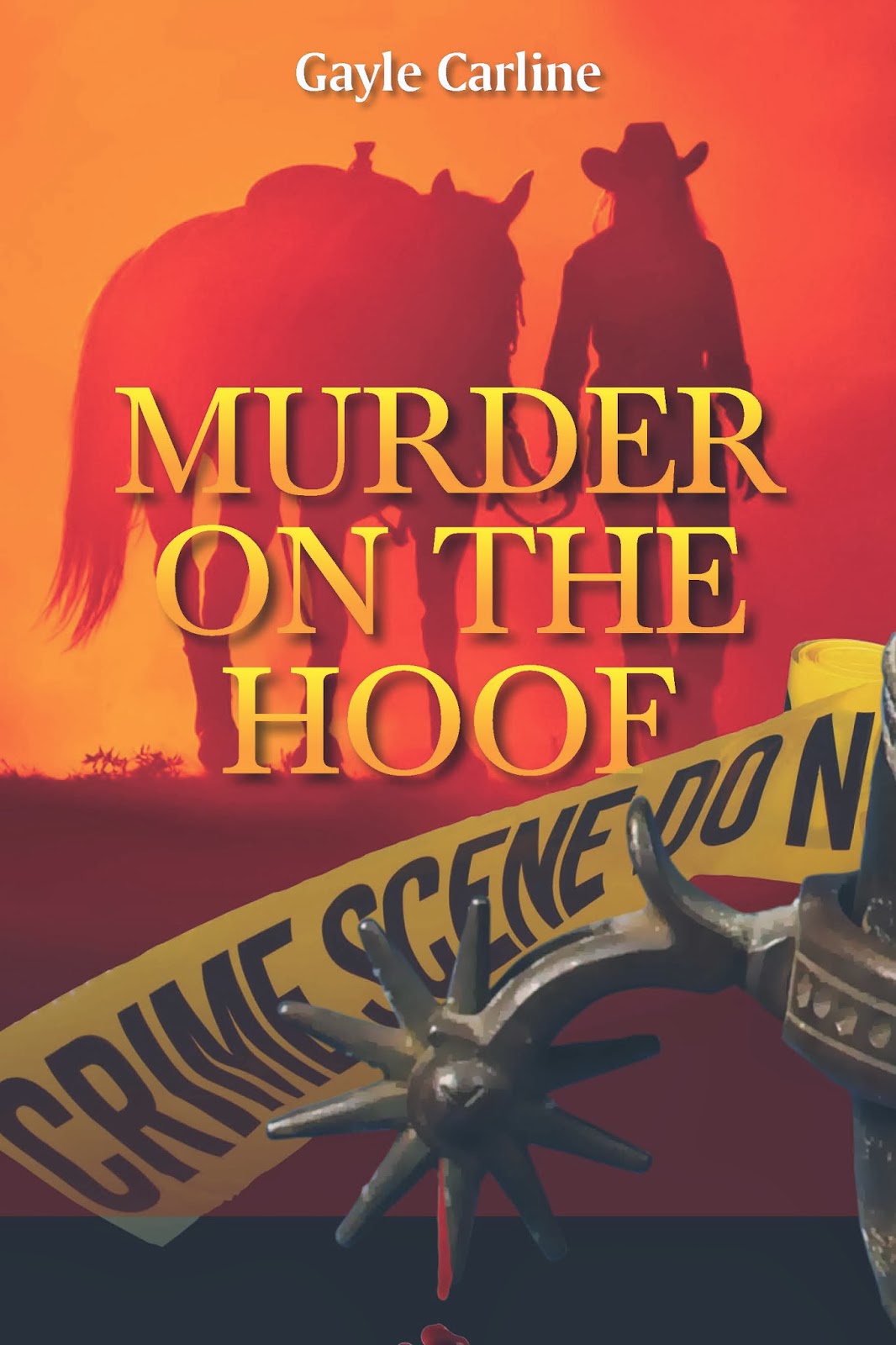 "She was looking for a horse. What she found was romance. And danger.
Willie Adams is at the L.A. Equestrian Center shopping for her first horse. A young widow struggling with the idea of dating again, she never expected that a gorgeous trainer like Tyler Ransome would notice her. But he did.
He wasn’t the only one, either. Bobby Fermino is not as handsome, nor as pleasant. After attacking Willie he ends up dead in her tack room, leaving her the most likely suspect.
Willie has to convince Detective Lucas Macy that she’s innocent, but her physical attraction to him isn’t making the task easy.
With growing evidence pointing to her, and two famous actors drawing attention to the investigation, Willie decides to take the reins. She must find the murderer before they find her, but will she survive opening her heart to someone new?"


Anyone else going to LCC this year? Let me know and maybe we can meet up for coffee!
Posted by Gayle Carline at 12:00 AM