"My Book the Movie" 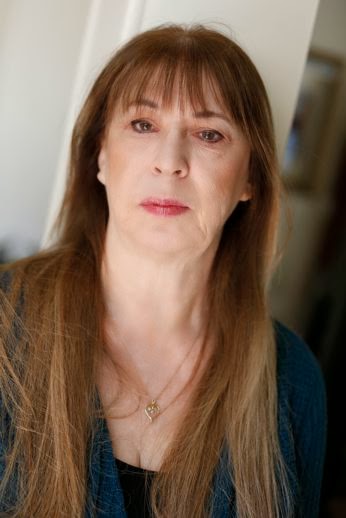 I'm in Vancouver this week, working my considerable butt off analyzing handwriting at the 2014 TED Conference (hoping to meet speakers Gabby Giffords, Bill Gates, and Sting, at least!). So my entry today is a reprise, albeit slightly edited, of one I once wrote for Marshall Zeringue's great blog, Mybookthemovie.blogspot.com. Marshall asks authors to share which actors they would pick for their main characters, which was great fun to think about.

Like me in real life, my character Claudia Rose is a forensic handwriting expert who uses her special knowledge to understand the people she gets involved with—especially the ones who create problems. She’s also an independent 40 year-old, facing the challenges many modern women do. She has an LAPD detective lover, Joel Jovanic, and friends Kelly Brennan, a man-eating family law attorney, and Dr. Zebediah Gold, a semi-retired criminal psychologist.

I thought about some of my all-time favorite movies and discovered that Jeannot Szwarc had directed Somewhere in Time, and also currently directs numerous forensic-type shows, so he’s the perfect fit for my forensic handwriting mysteries.

My number one pick for Claudia is Minnie Driver, and many readers of my series agree there’s something very Claudia in Minnie’s energy and her looks. If Minnie isn't available, Amy Adams would be just as perfect (she has the right color hair). When I first created Jovanic, I had in mind a cross between Michael Keaton and Harrison Ford, and then I thought—Denzel Washington! But it took so long to get published that now they’re all too old (sorry, guys). Recently, I saw Olympus Has Fallen and Gerard Butler is Jovanic. He’s goodlooking without being a pretty boy, you can tell he’s sharp and intelligent, and there’s a seriousness to him that would make him a good police detective. He’s about the right age now, so we need to hurry and get this thing made!

Claudia’s irreverent friend and confidante, Zebediah Gold, reminds me of Sean Connery (or someone who looks just like him and has those twinkly eyes). Reese Witherspoon is cute enough and perky enough to be Kelly, but the part might not be big enough for someone with her star power.

If I had a buck for everyone who’s said to me, “this series would make a great movie!” I could buy a new Mont Blanc pen. Happily, the series has already been optioned, so maybe someday my druthers will actually find their way to the screen. Inkslingers Ball, the next Claudia Rose mystery, is set for a May release. This will be the first new Claudia book since 2010.
Posted by Sheila Lowe at 12:00 AM