Writing Too Close To Home 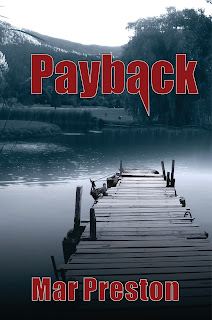 I live in a mountain village in rural California, and my third mystery suspense novel, Payback,  is set in a fictional Sierra Mountain Village somewhat like the village where I live. But I assure you, only nice people live here in Pine Mountain Club.

Nonetheless, the novel details a story that is somewhat like an event that happened here. Being writers yourself, you know how your ears go ping, ping, ping when you hear something that you know is a good story. Your imagination dances. You can’t wait to get home and make notes. That's what happened.

The female protagonist is loosely modeled on a close friend of mine who is a patrol officer here. The male protagonist, the dismissive homicide detective from Big City Bakersfield is a composite of all the detectives I've come to know over the years in researching my previous two police procedural novels set in Santa Monica.

The villain? You have to have a good villain as a foil to your protagonist, so I have taken an event or two from life, splashed it around, and enhanced it considerably. Admittedly, if you’ve had your ear to the ground as far as local politics and scandals, and gifted with a good imagination you might draw some conclusions that the villain might be somewhat like this or that guy.

Now I’ve had the experience of readers identifying with characters. In my first book, No Dice, the villain changes his name, hoping to disguise his perfectly respectable Latino background, but even more to distance himself from a brother who is a felon, well-known to the LAPD.

I named him something like Gomez, which he changed to Edwards. Now Edwards is a name that would fit in a blue blood catalog anywhere. A big red, obnoxious Hummer had just charged in front of me on the freeway without looking as I was driving home, scaring me witless. So in the next chapter Gomez/Edwards drives a red Hummer. Never gave it a second thought.

The husband of a friend of mine walked out of the room on my arrival a few days later, giving me a dirty look, and making a stinging remark. Surprised, I asked her about it and she told me he had changed his name from Gomez and had I noticed that a red Hummer was parked out in the driveway? He had read the book ragged, pointing out to her where he was portrayed here and here and here in the pages. I was amazed.

For some people there will never be enough assurance that the name of the villain came from your imagination. Or that the local handicapped Church Elder is not the hypocritical philanderer who appears in your book. They think the School Superintendent who has red hair must be the local politician on page 234.

Some of you may have had the opposite issue. What about the fiftyish beauty parlor-Big Hair lovely who just knows that you had her in mind when you wrote your heroine who is, yes, a blonde but twenty-six, lithe, and a Cambridge graduate? You smile and keep your mouth shut, that’s what you do. My friend, the patrol officer, is delighted that the protagonist of Payback is loosely modeled on her.

All my friends and neighbors are excited to read about themselves in Payback. Any fiction writer knows that characters are a composite. For one thing, it’s damned difficult to capture all the nuances and contradictions of a character you’re drawing from life.

For another thing, that’s what your imagination is for. If you’re any sort of observer and watcher from the sidelines, you’re always playing the what if game. What if that biker over there was a Sierra Club butterfly collector? That woman with the sweet smile with the baby in her arms? What if she was a cult leader just waiting for the opportunity to tell you about her alien abduction and the real father of her baby?

Lately, I've heard rumors that a certain faction in the community are rumbling about retaliation for their supposed negative depiction in Payback.

Every day, we are reminded that terrible things happen in this world. Readers of mystery and thriller fiction like to dance close to the dark edge. But retaliation rarely happens to people who love to curl up in an arm chair and read about a likeable or noble protagonist undergoing death-defying challenges. 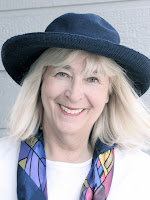 I’m not taking these rumblings too seriously. We’ll see, won’t we? Nevertheless, if you hear about my violent demise, be suspicious.

Readers - have you ever felt an author had created a character partly based on you? How did that feel?

Writers - What techniques do you use to disguise any traits of real-life people that appear in your characters?

And, in case you're interested, here's a little about Payback:

A forest fire burning in the mountains surrounding a remote California village interrupts the Oktoberfest celebration, followed by the discovery of the mayor who has been beheaded. Sheriff’s Detective Dex Stafford concludes everybody hated the mayor for different and very good reasons, but nobody will talk.

Patrol Officer Holly Seabright of the village’s security force becomes a prickly ally in uncovering the hints and whispers of something much worse than the murder of the mayor. Stafford pools resources with the attractive and smart patrol officer on a twisted trail of discovery as winter and the big snows shut down the town. A killer beyond his imagining haunts the town. Sometime soon, unless they can stop it, there will be another death, and then still another.
Posted by Jodie Renner at 10:39 AM