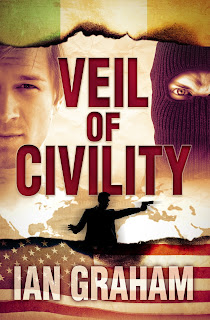 As if by some bizarre twist of fate, my first full-length novel, Veil of Civility, was published on April 2, 2013, and deals with an organized attack on America by Chechen terrorists. CHECHNYA and CHECHEN are two new words that entered the common vocabulary of the western world with a jolt last week when the identities of the two Boston Marathon bombers were revealed.

Many of us now know that Chechnya is a land-locked territory in Eastern Europe that is smaller than Riverside County, California, and remains under the political control of Russia. Chechens, the people who live there, refer to themselves as the Nokhchi. To thriller writers like me, who always have an ear to the ground for subjects closely related to the military and intelligence trades, neither term is new. For many of us, the Chechens have been on our radar since reports came out of the two major wars fought in that country since the fall of the Soviet Union, which featured some of the most heinous and savage attacks that could be imagined.

Chechen guerrilla fighters, who had rebelled against Russia at least five times in the last century, invaded and took hostage an entire hospital in 1995, bombed five apartment buildings in 1999, invaded and took hostage a theater in 2002, and invaded and took hostage a school full of children in 2004. These attacks, which are only a small sampling of those committed by the Chechens, were responsible for nearly 1,000 deaths and over 2,000 injuries, almost all of which were civilian. What was even more shocking than the actual attacks was the sheer savagery with which the Chechens conducted themselves. Reports of mass rape, slow and painful exsanguination, and decapitation were common.

Most Chechens are Muslims whose adherence to Islam traces back over a millennium, and they have fought vehemently against foreign forces that attempt to invade their homeland. However, unlike other Muslims, Chechens have maintained key components of their pre-Islamic identity. Prior to their conversion, Chechens lived in tribes known as tieps, and still do in some mountainous regions of their country. Within these tieps, children are taught to fight from an early age, ancient ideas of honor and warriorship remain, and bigoted intolerance of their lowland counterparts, who have become intermixed with Russians, Georgians and other nationalities, is commonplace. 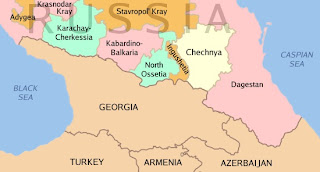 Over the past two decades, Chechen Islamists have been unsuccessful in beating back the advancement of Russian forces in their homeland, but they have become hugely dependent on Islamic sources of weapons and money while trying to do so. Much like the discovery of some ancient weapon, the leaders of the worldwide jihadist movement, men like Ayman al-Zawahiri and the now deceased Osama bin Laden, have co-opted not only the Chechen struggle for independence, but also Chechen tactics for doing so.

Chechen fighters have been dispatched to conflicts around the world in order to spread their inherited savagery and intricate knowledge of IEDs and Soviet-era weapons to militant ranks in other countries and, much as they have done in the Balkans and Kashmir, the jihadists have made the North Caucasus—the region in which Chechnya is located and the historic avenue into Eastern Europe and Russia—an important theater in their desire for a worldwide Islamic caliphate. These areas have become toe-holds from which the jihadist movement can launch attacks into a world outside of the Middle East, and just such a scenario is at the heart of Veil of Civility.

With the American attitude toward Russia being one of constant suspicion since the days of the Cold War, programs have been opened to accept refugees and asylum seekers from the North Caucasus region. While the vast majority of those who have come are likely innocent people fleeing the constant fighting in their homeland, it’s not hard to see how a Chechen, influenced by the ideas of radical Islam, could use such programs as an easy way into the United States and other western nations in order to commit acts of terror sanctioned by jihadist leaders.

While the Tsarnaev brothers’ connection to Chechnya may turn out to be nothing more than common ancestry, the older brother’s six-month trip to the North Caucasus cannot be overlooked. Terrorist training camps and strongholds exist throughout that region and someone, somewhere, had to teach him to build the volatile and sophisticated explosive devices used in the Boston Marathon attacks. 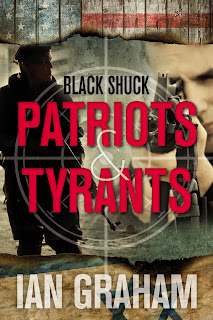 Both of my published fictional works, Patriots & Tyrants in 2012 and Veil of Civility in 2013, have featured Chechens and Chechen terrorism. I mention this to underscore the feelings I felt on Friday morning upon learning the identities of the Boston Marathon bombers. As someone who has heavily researched both the region and the people of Chechnya, my blood froze. I was frightened at the very real possibilities of what could be coming next if these men were part of a larger group. With the whole of the Northeastern US’s law enforcement chasing after these men, would they (and any unidentified allies) barricade themselves inside a hospital or school as they have in their homeland? Would the people in those buildings suffer the horrifying fates of previous hostages?

An ancient Chechen proverb seems to indicate so: When will blood cease to flow in the mountains? When sugar canes grow in the snows. 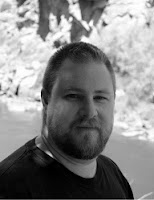 Ian Graham was born in New Hampshire on July 4th, the third generation of his family to share a birthday with the United States of America. His three main interests are politics, religion and history. The stories he writes are centered on the explosive conflicts created when the three intersect. He has written two books; Patriots & Tyrants, a collection of short stories, and Veil of Civility, the first full-length novel in the Black Shuck thriller series featuring former IRA volunteer, Declan McIver.