Pulling Off a Parallel Plot

Complex plots keep readers guessing and turning the pages to see how it all comes together. But as much as people like to be surprised, they don't want to be confused, and it's often a fine line between the two. 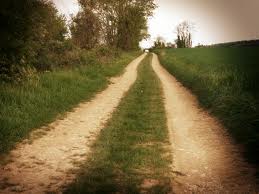 As a crime fiction novelist, I've often used parallel plot structures to tell a complex story from multiple points of view, and sometimes even from different time periods. But readers rarely—if ever— complain about being confused by my stories. Maybe I've just been lucky so far, but I also stick to a few simple rules to keep everything straightforward and satisfying.

Time and dateline: I label my chapter openings with the date and time. If a chapter/subplot jumps back to a different time period, I label it like this: Six months earlier. By doing that, I catch readers' attention and present the information in a clear manner.

My stories also take place in a short time span, usually less than a week, so two characters (detectives) often experience different things in the same time frame. That means chapters with a new character perspective (POV) have to start hours earlier than the previous chapter ended. Readers prefer starting each character's day from the beginning rather than jumping back and forth between characters in real time, which can be confusing and doesn’t allow for deep character development. The exception to this is the climax, where it's important show events as they occur in real time for maximum tension.

Show the overlap. When parallel stories seem to have completely different crimes and/or characters, the driving question for readers is: How are these events connected? But if the two subplots never intersect and just suddenly mash together at the end, readers will be skeptical and maybe even feel cheated. So to keep it realistic and smooth, I show an occasional connection throughout the novel—a person who has links to both crimes or even a parallel theme.

In the first Jackson story, The Sex Club, the connection between the parallel plots was obvious because of several overlapping characters, but still a mystery. In my latest Jackson story, Rules of Crime, the connections are subtle—a shared venue/background and characters with similar traits. Some readers may even miss those parallels. But once the conclusion is revealed, they'll be able to look back and see that I wove them together from the beginning.

Keep it real. Sometimes coincidence can be the catalyst for the whole story, but I don't rely on it for my resolutions. Parallel plots should be naturally intertwined through characters and/or motivations. Contrivance or coincidence will leave readers shaking their heads.

Also, in real life, few criminals confess everything to the police in a tidy wrap-up the way they do on TV. This can be problematic if the subplot connections are events that happened in the past or events the reader has no way of being privy to. In these situations, I sometimes use the culprit's POV to show their motivation or past actions, so that readers know the whole story even if the police don’t. It's more realistic than having the killer make a full confession with all the details. And sometimes, my antagonist will share just enough information in a final interrogation to allow readers to draw their own conclusions. In both cases, it's realistic and leaves readers satisfied.

These examples refer to crime fiction, but I think they can be applied to complex parallel stories in almost any genre.

What do you think? Readers: Do you enjoy complex or parallel plots? Writers: How do you make it work?
Posted by L.J. Sellers at 5:00 AM