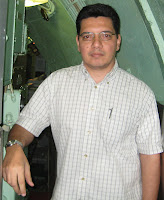 Last week I finished reading Intensity by Dean Koontz. The novel was written, and set, in the mid-90s. The premise of the novel depends heavily on the fact that the heroine is not able to call for help. Back then, cellular phones were not an everyday commodity and were only found clipped to a businessman’s leather belt or attached to a huge battery inside a briefcase. In our modern day of instant communication and gratification, it becomes very difficult for certain type of stories to work. Going low-tech is difficult nowadays, but not impossible.


But what if you really want to have a low-tech environment for your novel setting? Of course I don’t have the absolute answer for this, because it would depend on the creativity of the author. However, here are some ideas to bounce around.


~ Set your story in the past. If you set the novel in, say, the mid-90s, you can forget about annoying personalized ringtones, everybody taking a picture of you with their phone camera, and, most importantly, prevent premature calls to the cavalry. In The Assassins Gallery, David L. Robbins sets the action in the days around the end of World War II. He deals with fuel rations, curfews, racism, and plenty of other elements of the period that make this novel very rich.

~ Stranded away from technology. Oh, how we depend on finding those signal bars in our little devices! Finding an unmapped island would be tricky, but you can play a little there. Similar to the island is setting your story in the mountains, with no cellular coverage. And while we’re on the subject of islands, when asked about the contents of the unopened Fedex package in Cast Away, director Robert Zemeckis has said the box contained a solar-powered satellite phone. Opening the parcel would have cut short the movie by at least 1.5 hours!


~ Diagnose with OCD. A character with a fixation that technology can bring the apocalypse faster than you can say “twelve-twenty one-twelve” can go a long way. Oh, come on, don’t give me that look! We’ve had OCD characters even before the term was coined or people diagnosed with it—think Sherlock Holmes, for one. On the other hand, the BBC’s latest incarnation of the character goes the opposite way, with Sherlock’s use of technology.

~ Time and Space travel. If you read a description of how to cook a thriller, you will seldom hear “add a dash of fantasy,” but sometimes working out of the box can take you to such unexpected places. For my short story, Deeds of a Master Archer, I have two modern-day guys falling through a portal and landing in a world where they become a village’s last line of defense against—you guessed it—dragons. I usually refer to this story as a standard thriller with a fantasy location.


So, how would you make a character to boldly go where no character has gone before?

J. H. Bográn, born and raised in Honduras, is the son of a journalist. He ironically prefers to write fiction rather than fact. José’s genre of choice is thrillers, but he likes to throw in a twist of romance into the mix. His works include novels and short stories in both English and Spanish. He’s a member of the International Thriller Writers where he also serves as the Thriller Roundtable Coordinator.
Website: www.jhbogran.com; Twitter: @JHBogran; Facebook: www.facebook.com/jhbogran
Posted by Jodie Renner at 5:00 AM