What Floats Your Boat?

Earlier this month, I found myself in an unfamiliar position – I went to a party. I was pulled out from behind my computer and my beloved writing/editing and dragged along invited to attend this thing. The event, organized by a professional tour group, wasn’t just any old party, either, but an evening of pre-show revelry for some of rock band Bon Jovi’s most loyal fans. It meant a lot to these people, many of whom (including my sister) had traveled all the way to Canada and were one day away from meeting their idol – the man himself, Jon Bon Jovi.

I wasn’t keen. As the hour drew near, I grew less keen. For one thing, I had picked up a nasty little cold on the plane ride over and it had found its grip. Secondly, I hadn’t been to a party (or dressed up and worn make-up) in ages. Lastly (though, if not for my sister, I’d have thought up a host of other excuses), I like the band’s music well enough, but I’m not a fan. I’d rather spend my time writing.

Anyway, I donned what I thought might be acceptable attire for a rock party, and cringed when the elevator doors opened on the 38th floor of the hotel and ejected me directly into the party - and into a throng of die-hard fans. No turning back, and no talking about books or writing. Not here.

My bag stuffed with tissues, I gravitated to the drinks line, got my tipple, then meandered over to the window where I downed it and looked out at the stunning views of Toronto - and wished myself back behind my computer, seventeen floors below. What did I have to talk about up here, with all these Bon Jovi fans?

Surprisingly, quite a bit, as it turned out. As I mingled, I discovered passionate people are happy people, good folks to be around. Their enthusiasm is contagious and I got caught up in it, forgot I wasn’t a fan and that I felt like crap, and enjoyed myself chatting with people about their passion (for some an obsession) instead of mine.

While I won’t be attending a Bon Jovi concert any time soon, it was good to do something different, and for someone else. These fans couldn’t wait to meet their idol, and I felt a tinge of sadness that I don’t have one.

It’s hard not to be affected by the excitement and the energy radiated by passionate people.  There was no apathy in the room that night, only happiness and excitement. I’m glad I got to share in it, form new social bonds, and appreciate someone else’s passion. Indulging in my sister’s interests for a week gave me an opportunity to travel. I got to see Niagara Falls, the Toronto Islands, the CN Tower, and the underground PATH system. The experience was meaningful and satisfying. 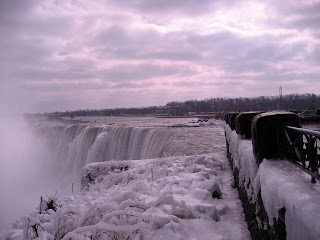 Whether it’s music, books, sports, food…indulging other people in their passions is a chance to learn, and brings unexpected pleasure. It makes the world a more enjoyable place. I took a much needed night off from writing, and enjoyed a great night at the Bon Jovi pre-show party. I even got a few ideas for characters in future books.

Whatever floats your boat, get out there and enjoy it. When you’d rather stay at home, go out and get carried along with the hype. It’s infectious. Then you can bring those passions alive again—whether they are yours or someone else’s—when you write.