How Much Should an e-book Cost? 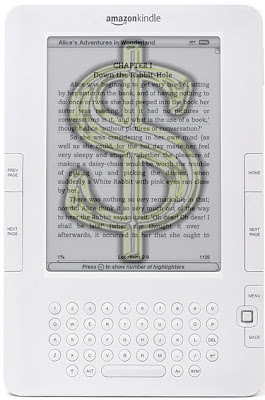 It seems to be a question that has yet to find an answer, with about as many theories as there are books.

Back in the days of paperbacks and hard covers (remember those?) it seemed the price for a novel was pretty standard—they weren’t all the same, but at least they hovered in the same neighborhood. Since the advent of the e-book, however, it seems anything goes. The scale is frenetic, to say the least, with prices falling on average anywhere between free and about $12.99.

As an author, I find it disconcerting, and as a reader, even more so. While shopping for books, I often shake my head at some of the prices—and I also wonder: what makes one book worth more than another? Amazon tried to level the field by setting a fixed price for e-books, putting them all at a reasonable $9.99, and even taking a loss on profits, but then legacy publishing fell into an uproar and put an end to it.

So now the question remains: what makes one book worth more than another? Should they be based on prior sales? The author’s reputation? If those were the criteria, one might expect each book to be as good as the last, and that’s simply seldom the case. How about the length of a book? More pages no longer equate to more paper, but they still mean more work—should the author and publisher be compensated accordingly?

Of course, I’m just throwing out variables here, and really, I don’t know if there’s a reasonable answer. I suppose the logical theory from an economic standpoint would be that a book is only worth as much as people are willing to pay for it, but these days, even that answer seems a bit vague, because most readers have different standards on what they’re willing to pay. Some base their price cap on how much they can afford, others on how much of a risk they’re willing to take on a new author. Then there are those who set a firm cutoff point and won’t go over a certain price no matter who the author is. Yet another variable (as if there weren’t already enough) is the pricing on indie books vs. traditionally published ones. Some readers are still uncertain about paying a higher price for the former.

But whether independent or mainstream, it seems authors and publishers are just as uncertain on the matter. One might think that finding the magic price point were as complex as charting a quantum theory. I decided to take an informal survey of Amazon’s top 12 bestsellers to illustrate my point. Here’s what I found:

See what I mean? All over the map.

I suppose prices will eventually settle once the market does—or at least, I hope so—but in the meantime, what do you think? How much are you willing to pay for an e-book, and how do you arrive at that decision?
Posted by ANDREW E. KAUFMAN at 12:42 AM