Killing Off a Regular Character

Please welcome Douglas Corleone as a guest blogger to Crime Fiction Collective. With a last name like his, is the title of his post such a surprise?

DOUGLAS CORLEONE is the author of the Kevin Corvelli crime novels set in Honolulu.  His debut novel ONE MAN’S PARADISE was a finalist for the 2010 Shamus Award for Best First Novel and won the 2009 Minotaur Books / Mystery Writers of America First Crime Novel Award.  Doug’s third novel LAST LAWYER STANDING will be released on August 21, 2012.
A former New York City criminal defense attorney, Doug now resides on the Hawaiian Island of Oahu, where he is currently at work on his next novel. 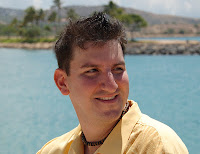 Many authors are loathe to do it, and for good reason.  Killing off a regular character in a series can be hazardous to your career.  Receiving angry letters from readers is just one of the reasons to keep your regular characters among the living.  There are other risks; a supporting character could be more important to an author’s series than he or she realizes.  Removing such a character could be like removing part of the foundation from a perfectly fine house of cards.  Or worse, a vital organ from a living, breathing work of art.

In suspense fiction, killing off a regular character can also have an upside.  The entire goal of suspense fiction is to keep readers on edge.  Killing off a regular character leaves your readers wondering who you’ll kill off next.  By killing a regular character, you’re opening a whole new door of endless possibilities.  Taking away the safety net – the heart-warming sense of “oh, he’s too important to die” – can really shake up a series that might otherwise be running out of steam.
Killing off a regular character also gives your protagonist a terrific opportunity to grow emotionally.  If you find your hero unchanging from book to book, you may want to do something to turn his world upside down.  Kill off a spouse or a sibling or a business partner and see how your protagonist reacts to the death.  Is he resilient?  Or will he crumple?  Pick himself off the floor or fall deeper into the bottle?

Maybe even make your hero directly or indirectly responsible for that death.  Guilt is an emotion that many of us can only wish on a fictional character – that’s how powerful it is.

One alternative to killing off a character is sending him somewhere he can’t come back from.  That’s the approach I take in my third Kevin Corvelli novel Last Lawyer Standing.   Although I won’t give away his name, the character who leaves the third book first appeared in my debut One Man’s Paradise.  He’s one of my favorites and I already missed him during the writing of a short story I recently submitted to Ellery Queen Mystery Magazine. 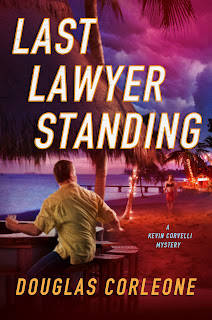 Of course, it would be easier to kill off a regular character who no one likes – and it could have nearly as much impact to the series.  A nemesis or an annoying in-law can exit stage left and actually improve the series overall.  I can think of a few characters I’d like to see vanish in some of my favorite series. Unfortunately, it would probably be unethical – if not unlawful – to kill them off in my own books.

Are there any killed-off characters you wish were still alive in your favorite series?  Any examples in which a hero gained depth through the death of a regular character?  I'm looking to reading responses below.

"A perfect blend of mystery and thriller, with laugh out loud moments sprinkled liberally throughout. Corleone is as good as it gets.”
~ David Rosenfelt, National Bestselling Author of the Andy Carpenter mystery novels