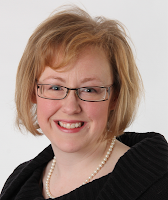 These people are essential to our legal system. They make crucial decisions about offenders every day, but are usually grossly misrepresented in both fiction and television. I’ve spent several weeks researching forensic psychology for a trilogy I’m working on, and I wanted to share some of what I’ve learned with the readers of Crime Fiction Collective.

Forensic psychologists don’t visit crime scenes or consult with detectives in search of a serial killer. They work within the court system, and in most states, they have two primary functions: to ascertain if a defendant was insane when he/she committed the crime, and if the offender is competent to stand trial. Their testimony is vital in deciding how a criminal will be tried, and if deemed incompetent to stand trial, they will advise a course of treatment so the offender can recover to competency.

So what’s the process? Once a forensic psychologist is contacted by the judge or an attorney, they collect all collateral data pertaining to the case: previous interviews, crime scene photos, police video and reports, etc. In other words, a pile of paperwork big enough to make the eyes bleed. But it’s a key part of their process.

Then it’s time to talk to the offender. Depending on the age and type of crime, the interview consists of risk assessment and various psychological tests. One of the biggest problems forensic psychologists have is defendants who malinger – the psychological term for faking insanity.

The McNaughton Rule is the highest standard for determining the insanity plea, and the vast majority of defendants don’t qualify. An individual must be so deeply psychotic they truly don’t know what they did was wrong, and that’s rare.

The three types of most skilled malingers are those who have taken hallucinogens in the past, ex-cons who’ve been to prison and observed mental illness first-hand, and individuals with genuine mental illness, such as schizophrenics taking their meds.

Experts know true mentally disturbed people don’t jump in and share information about their psychoses. It’s often hard to get them to engage and even more difficult to get them to discuss what’s going on in their heads. Fakers, on the other hand, love to talk about the voices in their heads and the various conspiracy theories they “believe” in.

Structured testing also helps. There are questions designed to trick the fakers, and my favorite is: We only hear voices in one ear – do you hear voices in your left or right ear? Of course this isn’t true, but the malingerer doesn’t know that. The ones who are faking pick an ear and give themselves away.

So what can we take from this? Forensic psychologists aren’t profilers. They are soldiers, working diligently in the trenches to sort out the bad from the worse and making sure the offender gets the treatment and/or punishment they need.

As Indie writers, we’re under a microscope, and creating realistic portrayals of popular professions will go a long way in gaining credibility.

Writers, what do you think? Are mental health professionals and law enforcement often misrepresented in fiction? What are the biggest misconceptions you see?


Stacy Green has degrees in sociology and journalism and uses her fascination of the criminal mind to explore true crime on her popular Thriller Thursday posts at her blog, Turning the Page. When she's not writing, she spends her time with her precocious daughter and supportive husband.

He sees her when she's sleeping. He knows when she's awake. Her life he’s determined to take. Featuring a heroine on the edge of disaster, a tormented villain, and Las Vegas’s infamous storm drains, Into the Dark mixes suspense with a dash of romance.