Yesterday was street sweeper day at my sister’s house. That basically means the city will make some revenue off this block from the poor schmucks who forgot to cram their cars into the driveway, three and four deep. The street sweeper comes by about 7:30 in the morning followed closely by the woman in the little white car with an overactive pen waiting to write a ticket. This street is very near a state university so there are several houses with hard working, low-income, college students living in the neighborhood. Most can’t afford the parking tickets.

This is my sister’s pet peeve.  But before I go on, you have to know that she is like the street monitor making sure everyone keeps their yards looking nice, no sofas left on the street, no loud parties, or barking dogs, etc., She has lived in this neighborhood for forty years and loves it. She raised her kids here and knows most if not every neighbor by name, their children, and cats and dogs. The neighbors love her.

But every second and fourth Wednesday the street sweeper comes. He drives way too fast, blows the leaves and trash, (that the neighbors have just swept into the street) back up on the sidewalks. Then, instead of cleaning his brushes, or emptying his load, or whatever street sweepers do to get rid of the extra debris, he keeps rolling along the street until it all falls off right back onto the street he just swept. Somehow, and I’m not sure it’s by accident, he manages to dump most of it right in front of my sister’s house. 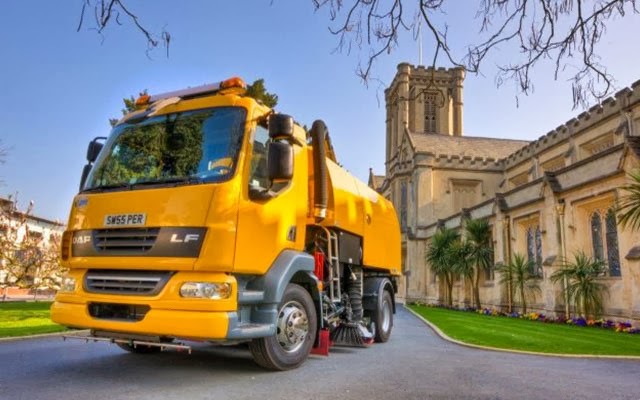 My sister has taken it upon herself to make sure no more money goes into the city coffer from parking tickets on her street. So, every second and fourth Wednesday she gets up early, and at 7:25 drives around the block and knocks on doors where the cars are parked in the street. Most of the time it’s the houses with the students, but not always. Sometimes it’s the guy who had to work late who just forgot, or the family that had out-of-state company and didn’t realize what day it was.

What does this have to do with crime or fiction, you ask? Well, my sister thinks it’s a crime, but that wasn’t the point of my story. This is the kind of every day thing that builds characters in our books. I’m sure you know a lot more about my sister from this description than you would if I just tried to describe her. I bet you formed your own idea of what she looks like, the way she behaves, her personality. Well, if you imagined a wiry, petite, woman who never slows down, never gives up, who loves children and old people, and does it all with a smile, you nailed it.

Every day, wherever I am, or whatever I’m doing, I watch for the little things that go on around me. They help build great characters.

By the way, my sister is out of town this week and I’m house sitting for her. I left the house about 7:30 this morning and noticed the street sweeper hadn’t been there yet. I spotted a car on the street and I couldn’t help myself. I stopped, knocked on the door, and when the man came to the door in his housecoat I told him it was “street sweeper day.” I wasn’t too sure how he would react. I waited for a second. He turned, stuck his head in the door, and yelled, “Gabby, move your car!” Then he said, “Thanks, she didn’t need another one. I can’t afford it.”—It felt good.

Writers: Where do you get your ideas for this kind of character building?

Readers: Do you enjoy reading about the crazy little things a favorite character may do in their everyday life?
Posted by Teresa Burrell, Author, Attorney, Advocate at 4:00 AM