"Loved your Book, but I'll Pass on the Free Copies!"


Imagine you walk out of the cinema raving about how much you enjoyed the movie, only to find the director or even producer of the film walking up to you, thanking you for your vocal praise, and proposing something along the following:

“Given how much you've enjoyed my film, I'd like to offer you ten free tickets to give to your friends and family. People who you think may enjoy this film as much as you did.”


How would you react? I know what I would do, I would grab the opportunity. Free tickets, right?

For the oddest reason, the same principle doesn't seem to apply to books. Every time a reader has given me a particularly glowing review of my debut novel, Terminal Rage, and I've connected with them offering free copies to spread the love, they’ve balked at the suggestion. Even friends and acquaintances. It’s almost as if there’s something inherently dirty about evangelizing on behalf of a book, but it’s okay to do for a film or other content types.

My friend the talented writer and blogger Scott Whitmore says "there is a subtle difference between reviewing and promoting. I don’t mind reviewing a  book, but when you give me copies to hand out, now I’m part of your PR organization. Many may think: I really loved your book, and I said it in my review, but it isn't my job to physically move copies of it for you.” 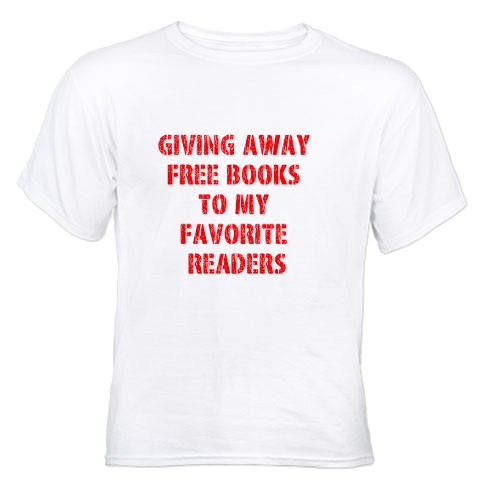 Scott is on to something here, but I think it's also about the writer giving out the freebies. Or the perceived experience of the writer. If Lee Childs or Cormac McCarthy were to offer his readers free books for their contacts, I know I wouldn't dream of saying anything but a resounding yes, and then brag about it for the rest of my life.

With new writers, the psychology at work may be different. Perhaps the reader is unsure whether their taste is really on the money. Loving an indie book doesn't mean others will too, and if you promote it aggressively, only to discover that other people aren't as keen about it, you could risk your reputations as a taste maker. Whereas any odd book by an established writer seems like a safer bet, a great book by an unknown author is still laden with potential risk. The risk of being labeled as a lousy literary connoisseur among your peers.

But here is where it gets more interesting. I've found that without my intervention or offers of free books, readers who loved my novel eventually end up promoting it and recommending it to others, and coming back to tell me what they've done. What the hell?

As a new writer, selling books is buried way down on your list of priorities compared to your number one goal: to be read by as many people as possible. So giving away books left, right and center at a loss seems like a viable proposition to gain traction. That is until you realize it doesn't always work like that.

What if by giving away free books I am depriving readers of the challenge of getting their friends and family to get vested in their taste and vote with their money? It’s one thing to give someone a free book you've read and enjoyed, but a totally different challenge to recommend a book and ensure that it’s purchased, based on your good word. And maybe readers also feel cheated to have paid for the book, when the author is willing to give it away.

As much as being read is important, it seems that trying to trip-wire the basic principles of demand and supply may not be such a fancy proposal. What do you think?

Writers, do you find giving free copies to satisfied readers demystifies you as an author and somehow cheapens your brand? How about you, readers, is my analysis of the psychology of recommending books somehow accurate?