I was going to say a village, but that’s been done.
Unless you have a co-author, writing is usually a pretty solitary occupation. However, even if you are an independent (read that: self-pubbed) author, there’s still an entire team required to get that work into print. Some of them you’ll never meet or even speak to. Like Uncle Google, for instance, who provides more material than I could possibly need when I’m researching something, anything! Or Aunty Youtube. I’ve visited New York on several occasions, but when I was writing about Manhattan in Dead Write, and didn't have time to go there, Youtube was a tremendous help. The videos I found refreshed my memory for precisely the locations I was writing about, including the police precinct station. It gave me everything but the weather and the smells, and that’s maybe not entirely a bad thing. 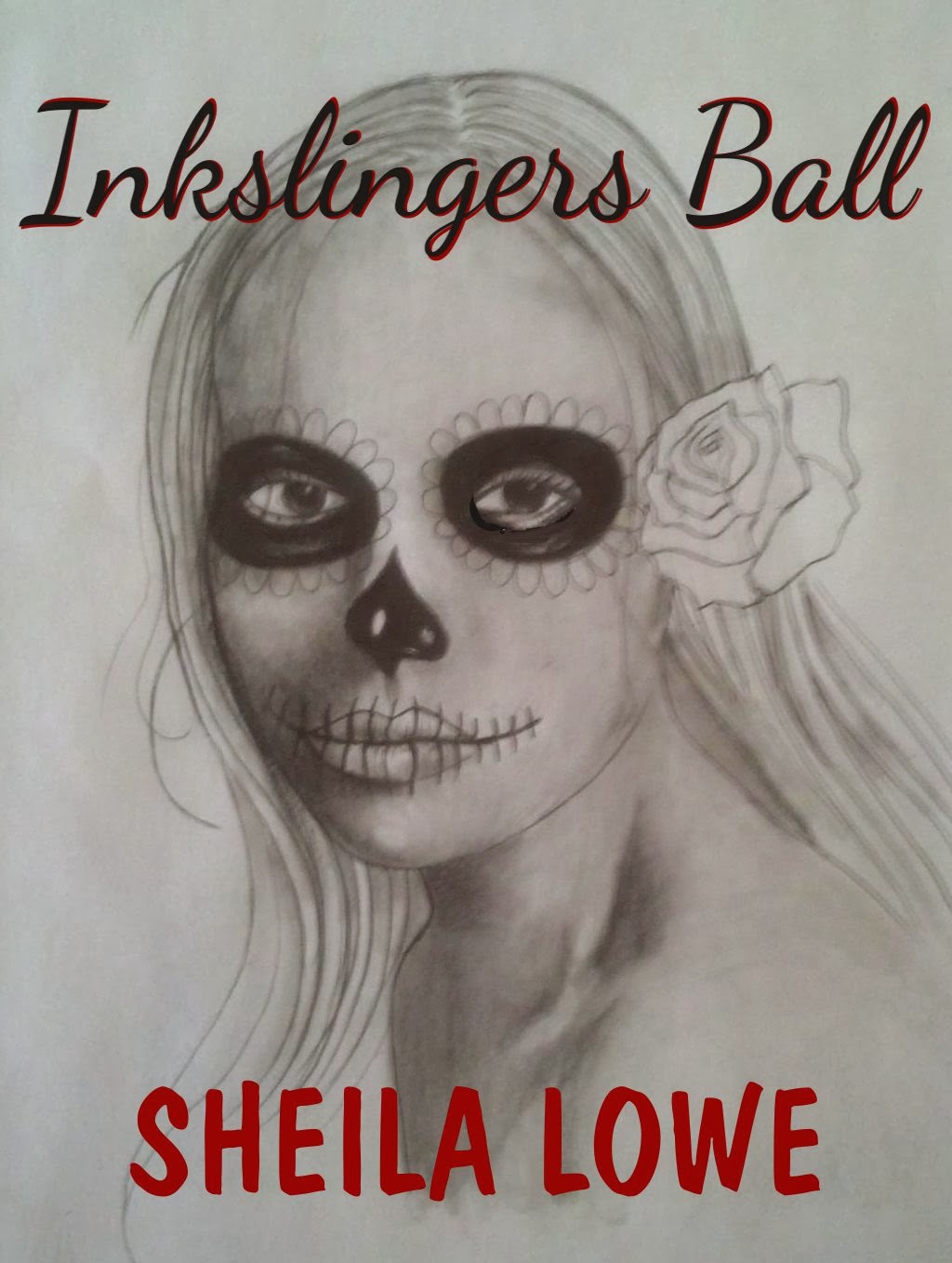 The plot in your singular little head is just the beginning. Think of the people you quote who never knew you heard them. These are the people at the airport or the carwash or in the grocery checkout line. They’re talking on the phone, maybe, or to the person with them, or the cashier. Some interesting or amusing turn of phrase catches your ear, and you scribble it into your notebook or tap it into the Notes feature of your smartphone, because it simply has to find a place up in your book.

In a related vein, I was just discussing a legal situation in my WIP, Inkslingers Ball, with a criminal defense attorney. Using her name (Ann Cunningham) her colleagues have coined a new term: “getting Cunninghammered.” That’s going in the book! Speaking of which, here's a rough drawing of the picture that will be on the cover.

Having come to the last chapter (thanks to all the writing gods), I’ve been thinking about those other members of the team--those ones who deserve public recognition in the acknowledgments. The list was quite astonishing and includes law enforcement resources, critique partners, the editor(s) who helped whip the ms into shape. Plus, the publicist I’ve retained to get the word out.

I don’t know about the rest of you, but I feel like a bloody cottage industry. That is, “bloody” in the sense of the British vernacular, not as in writing stories of murder, though that would work, too. I’m practicing the lingo in case I get a chance to go back to England (my original home) to promote What She Saw. It could happen—that new publicist is in the UK.

Well, this has been a lot of blather (more British English). I think I’ll go back to working on the final draft of Inkslingers Ball. It’s quite amazing, once you go back and have a second look, how many little things need attention.
Happy New Year, everyone!
Posted by Sheila Lowe at 12:00 AM