George spent 27 years as a special agent with the Federal Bureau of Investigation, working all facets of violent crimes to include abductions, serial killers, drug traffickers, and violent gangs.  He retired in 2010 and is now the Director of Security for a world-wide sports entertainment Network. 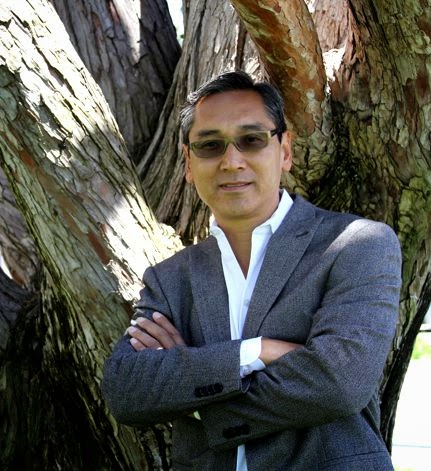 In February 2005, I sat in a small room, watching one of my agents talk to a young man as he described what had happened to a missing 17 year old girl.

Her name was Justine. Less than a week prior to the interview, Justine's father had called me, asking for help to find his missing daughter. She had been gone for nearly a week. Her father was frantic and confused as to why his daughter would have left without notice, why she had not called. I was in the middle of executing a search warrant on another child predator, so I told the father that we would meet the following morning to see what we could do.

When we met with the father he was distraught. He told us about Justine, that she was a good student, and had a boyfriend. She wasn't a problem child. He told us that he remembered seeing Justine go to bed on the night prior to when she went missing. Her school books and backpack were still in her room. The inference was that she had no intention of going to school the next day. But she was not the type to run away. So what happened?

Over the course of the investigation a number of inconsistencies were discovered. People who held back from talking with us finally came forward and what we learned was that this was far from being a runaway case. On the night we decided to confront our suspects we separated them to find out what each one knew, what each one would be willing to say against the other. The first was Justine's boyfriend, the other, the boyfriend's best friend. The boyfriend denied having any knowledge of what happened or what we suspected. The best friend gave him up.

I watched the friend explain how the boyfriend had crafted a plan to lure Justine out of the house, saying they were going to "rob a grow farm," and "not to tell anyone she was sneaking out of the house." Instead, the best friend drove Justine up to a dark hillside where the boyfriend was waiting. In the early morning hours, away from any witnesses, and without anyone knowing her whereabouts, the boyfriend placed a gun to Justine's head and shot her dead. The two forced her body into a shallow grave.

We escorted the friend to the top of the hill where Justine was buried. It was in the middle of nowhere. Had it not been for the confession, I doubt she would have been found for quite some time. We taped off the area, posted officers and arranged for the Evidence Response Team to conduct the recovery efforts in the morning when there was sufficient light. After recovery the body, I met with the father and tried to explain to him what we had learned. He was beside himself. I can only imagine what he was thinking--how had things gone so wrong? 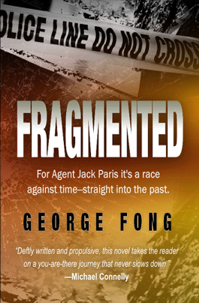 I returned home late that evening to find my young daughter was out with her friends. When she returned, we had a conversation about being out late, about my not knowing where she was, and what I had just experienced. She looked at me, paused and said, "But that won't happen to me, Dad." That's when I realized just how different one's life perspective can be, between a civilian home and the home of a law enforcement officer.

With twenty three years of speaking openly in my home about crime and murder, kidnapping, and drug traffickers, as if I had just come home from a manufacturing job, building widgets, I realized that the level of absurdity was well above the norm. Things that would shock the average person were nothing more than a B article in the local newspaper. It was years later when I recounted this story to my daughter and discovered that she remembered it differently. Whoever's version was more accurate didn't change the fact that we agreed our view of the world was different than that of most of the people we knew.

The culmination of this epiphany, along with a handful of other murder cases that I worked, made me look for an emotional release. It came in the form of writing. I certainly wasn't short of stories. But I knew the story had to be more than a procedural. Don't get me wrong. I think procedural books can be gripping. But I learned that the consequences of a person's actions, be it mine to my daughter, a boyfriend to his victim, or the victim to a father, was the real story. What I experienced in life gave me that vision. And so I wrote. The result of my journey is the release of my novel, Fragmented, which is loosely based on a kidnapping case I worked as a rookie agent. It is due to be released early February.
Email: george2990@mindspring.com
Posted by Sheila Lowe at 12:00 AM