Amazon's KDP Select: The Verdict from a Newbie Skeptic 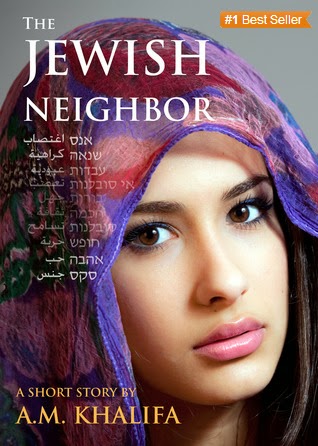 I've been dragging my feet and avoiding test driving Amazon's optional KDP Select program that gives writers a set of preferential marketing tools in return for a 90-day period exclusivity to the Kindle Store. Even while hearing writers I respect and admire like L.J. Sellers and Jodie Renner singing its praises.

I chose to go the indie route to be the master of my writing career. So understandably, the mere mention of someone else exercising exclusivity over my work triggers an allergic reaction. I want my ebooks to be available to readers through all outlets like Kobo, Nook, Sony and Apple, and not just Amazon.

Having said that, I've always been attracted to KDP Select's free book promotion tool. Until quite recently, the high ranking attained on Amazon's bestseller lists during the free promotional period could be converted to paid sales after the promotion ends. But in their excellent resource for indie publishing, Write. Publish. Repeat, Sean Platt, Johnny B. Truant, and David Wright explain how in 2013 Amazon shuffled the rules of the free book promotion, which effectively broke this ability to convert high ranking to sales.

Despite that, I finally bit the bullet. I was curious enough to give KDP Select a shot with a recent novella I published, The Jewish Neighbor. I figured the only way to find out how Select really works is to try it. And since this piece had been lingering on my blog collecting digital dust for many months with little feedback, I had nothing to lose.

To cut a long story short, the results were outstanding. The book was downloaded thousands of times across all of Amazon's territories, but no where more than Amazon UK. It's about a Syrian woman who accepts an arranged marriage to an exile in London to escape the horrors of the civil war ravaging her country, only to find herself in an equally grim situation, with the only tenderness coming from the least expected person - her Jewish neighbor. So it made sense there would be keen interest from Britain. But I also broke ground in places like Amazon Germany, Canada, India and France, which was a first for me.

Things got even more interesting after the free promotion ended. The Jewish Neighbor started climbing up the ranks in Amazon's paid bestseller categories in both the US and the UK. It hit number 500 of all of Amazon UK's paid kindle content, and then lodged itself as the number 1 bestseller in the inspirational romance category for at least a week. And also locked in second slot on Jewish-themed literature for a few days.

All in all, I sold more copies of that piece than my entire one year writing-career, across all of my titles. At one point I was selling thirty copies of The Jewish Neighbor every hour.

But it didn't stop there. This unexpected performance started funneling customers to my other titles. My overall sales spiked, including my flagship content, my debut novel, Terminal Rage. The daily sales average of that quadrupled compared to how it usually performs on any given day, no doubt as a result of the increased exposure.

So what's the verdict, from a new writer and a former skeptic like me?

KDP Select is an incredibly powerful marketing tool for indie writers. But it's not for everyone and not for all your content. I don't think it makes strategic sense for a first time writer just wetting their feet to put their debut offering on KDP Select, denying themselves the opportunity to explore the overall landscape. The program seems better suited for writers with a larger body of work who can afford to make certain works exclusive to Amazon, without alienating users of other platforms.

In my case, hot on the heels of The Jewish Neighbor's success, I enrolled many of my other similar titles in the program, leaving out for now my full-length novel, Terminal Rage. I still like the unlimited free promotions you can do on Kobo, as opposed to Select's limitation to a maximum of five days free promotion every 90-day enrollment period. And I have to admit, I have a soft spot for Kobo and the openness of their platform. Unlike my perception of Nook, I don't want to discount them for dead just yet. Being the smallest of the three main players, they also try harder. At the Frankfurt Bookfair last October they were serving free crab cakes, chardonnay and awesome teal-colored tote bags that make me a huge hit with supermarket cashiers in Rome.

Then again, I may wake up one day and realize that five days of KDP Select every 90 days are far more valuable than 365 on Kobo. I will keep you posted.

The way I see it, Kobo, Nook, Apple, Sony and Smashwords all have their niche segments of the market. But you can't be an indie writer today and fail to notice that Amazon is increasingly where it's at.

Writers, what have your experiences been with KDP Select, and if you've been on the fence like me, have I managed to sway you to at least try it once? And readers, have you discovered literary gems through free downloads?