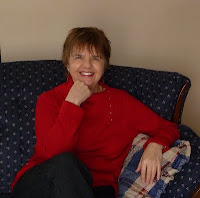 2014 turns out to be the year for some major changes for me.

The big move
Some of you know I’m moving across Canada in three or four months – a huge undertaking! On top of that, I’m downsizing from a cluttered 3-bedroom home with a full basement to a 2-bedroom apartment, which is turning out to be a daunting task for a hoarder like me! (No, I’m not nearly as bad as those people on TV!)

So the sorting, decluttering, giving away or selling furniture and other stuff, putting the house up for sale, apartment hunting, and packing and unpacking will be really time-consuming in the next months.

I'm excited about the move though, as I'm moving back to beautiful British Columbia, where I lived for the first 32 years of my life, and will be close to my two brothers and two sisters, as well as lots of other relatives and old friends. And I'm moving to a small city in the beautiful Okanagan Valley, nestled in low mountains, with a string of large lakes, plus fruit orchards and vineyards everywhere. 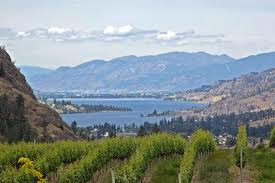 A new book out soon.
I’ve also got my third book in the series, An Editor’s Guide to Writing Compelling Fiction, about three-quarters written so would really like to get that published in the next 2-3 months as well. I’m excited about

the upcoming book, titled Immerse the Readers in Your Story World. Check back on my Amazon Author Page in a few months to see if it’s up yet.

Presenting at various conferences.
And I’ll be presenting at five writers’ conferences so far in 2014, starting with giving two workshops at the SDSU Writers’ Conference in San Diego in January, then the Tallahassee Writers' Conference in May, so a lot of preparation and flying around for those. For more on my workshop topics and dates, click HERE.

Editing & blogging.
All of those commitments and my ongoing editing, writing, and regular and guest blogging have forced me to evaluate my time and prioritize.

A fond farewell to CFC
So it’s with regret that I’ve decided that it’s time to pass on my every-second-Monday slot to another eager blogger. I feel privileged to have been one of the six founding members of this great blog, along with my good friends, LJ Sellers, Peg Brantley, Andrew Kaufman, Marlyn Beebe, and Judith Yates Borger.


We cooked up this idea at Left Coast Crime's conference in Santa Fe, NM, in March 2011, over meals and drinks, and our first blog post appeared here on Crime Fiction Collective on April 9, 2011, almost three years ago.

Since then, we've expanded to add some great new members and have gotten together in person a few times, like in March 2013 at Left Coast Crime in Colorado Springs, where we had our own CFC panel, and a whole lot of fun over lunches and dinners together!

I've really enjoyed being a part of CFC and have made some great friends here, but now it’s time to reluctantly move on to other ventures.

But I'll still be around!
That doesn't mean I’m dropping out of sight, though. You’ll still see me on Facebook, Twitter, Google+, and my own blog, Resources for Writers, as well as on The Kill Zone and guest-blogging on various blogs, including back here on good old CFC!

Wishing you all the very best in 2014! See you around! Keep on reading and writing!

Jodie has published two books to date in her series, An Editor’s Guide to Writing Compelling

Fiction: Writing a Killer Thriller and Fire up Your Fiction (Style That Sizzles & Pacing for Power), which has won two book awards so far. Look for the next book in the series, out soon. For more info, please visit Jodie’s author website or editor website, her other blogs, Resources for Writers and The Kill Zone, or find her on Facebook, Twitter, and Google+. And sign up for her newsletter.
Posted by Jodie Renner at 2:30 AM