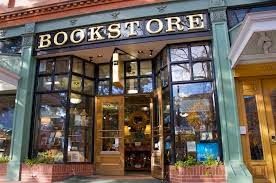 A discussion between L.J. Sellers and Peg Brantley

L.J.: After two friends asked what I thought about a new service from IndieReader, I looked into it, then Peg and I had a conversation about it that we thought we’d share.

But first, to summarize: IndieReader is offering to list self-published book titles in the Edelweiss database for $399 per title, with the idea that them will give them access to bookstores. The main question: Is it worth it?

My first comment is about the headline on their blog announcing the service. This is how it reads: Want Your Book Sold In Independent Bookstores Nationwide? That shrieks hype! “Nationwide” is a huge—and probably ridiculous—claim. More important, it sounds like they’re going to actually sell your book to retail stores for you. Not even close. They’re offering a listing in a catalogue.

Peg: At CFC and other blogs (Konrath’s for example) there has been discussion about hand-carrying your books to bookstores to gain placement and even booksellers who would likely hand-sell your books. Aside from dealing with fear of rejection, who the heck has the time? So IndieReader’s offer sounded good to me. Except it’s just a catalogue.

L.J.: Not to mention, hand-selling to bookstores costs more money than it earns! But the listing could be effective for some authors. For example, those with a long-running series who have great covers and great review blurbs. Bookstores might notice the covers and blurbs and realize that carrying such a series could be a good way to bring customers back to the store again and again. I realize my Jackson series fits that profile, so I was briefly tempted to give the service a shot. However, because my series is published by Thomas & Mercer (Amazon), most bookstores won’t be interested.

Peg: And since my paperbacks are provided by CreateSpace (also Amazon), I’m pretty sure they’d be facing the same kind of battle. And then there’s the price.

L.J.: Indeed! For $399, you can buy a promo on BookBub and sell a ton of ebooks instead. Or for that price you could also run a full-page ad in Suspense Magazine for four months and sell ebooks and print books. Except for on a local level, I just don’t believe bookstores will stock indie authors who haven’t already caught their attention through media coverage. And what about quality control? Does it concern you that the offer is open to anyone?

Peg: Absolutely! At least BookBub has a level that must be met with respect to reviews. One or two poorly edited books and everyone is tainted. Each author is also paying for a review. How do you say, Conflict of Interest? And then there’s this, from IndieReader: Additional services—including various forms of bookstore outreach—are available for additional fees.


L.J.: And bookstore shelf space is shrinking. Barnes & Nobel is closing stores, and a million authors are cranking out indie books. No matter how much money authors spend, we can't all get space on the shelves. Even mid-list legacy published authors are complaining about not getting into stores anymore. I gave up on bookstores in 2010, and I haven't seen any developments that have made me look back.


Writers are looking for ways to get their work in front of more readers. We don’t think this is one of them. Do you?
Posted by Peg Brantley at 1:00 AM