A conversation between L.J. Sellers and Peg Brantley. Join us in the comments section! 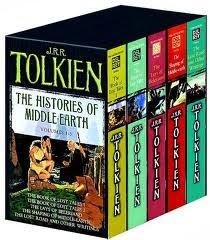 Peg: After my first book was published in early 2012, I became aware of a different kind of marketing tool—boxed sets for ebooks. I couldn’t wait until I had at least three books out so that would be an option for me to gain readers and new sales. Well, now I have three books. They’re not a series but they do have common geography and overlapping characters, so they would probably work as a set. And then I noticed that L.J. had never offered a set and I wondered what she thought of the idea.

L.J: I was just getting ready to combine the first three Jackson books in a set when I received an offer from Thomas & Mercer. I signed the contract and let go of control. Later, when I suggested to my marketer that we create a boxed set featuring the first book of several authors' series, she said Amazon didn’t offer those. Her reason was that their data indicated customers didn’t read all the way through longer ebook files, and that “wasn’t a good customer experience.” I guess it depends on how many novels you include and whether the books are similar enough in content and quality to hold a reader’s interest. But I’m still curious to know if a boxed set from a single author could expand sales and/or readership.

Peg: That’s interesting. As far as single author experiences go, look at Wool by Hugh Howey. I admit I was a bit surprised that my ebook seemed to go on and on, but I loved the story. And, although it wasn’t a boxed set, I devoured all of Michael Connelly’s Lincoln Lawyer series one right after the other before his latest release. So I’m not sure I agree with Amazon’s statement about longer ebook files not being a good customer experience.

L.J: Just because Amazon doesn’t offer boxed sets doesn’t mean it isn’t a good idea. Other writers have collaborated to create such offerings. Recently for example, Joe Konrath and five other authors released a boxed set of horror stories. It’s been in the top 300, and is currently at #803 in the whole Kindle store, so it’s selling hundreds of copies a day. But they’ve priced it at $.99, so no one’s making money on it. But they may be gaining new readers, and/or they may plan to increase the price very shortly. All six of those authors have many other books on the market, so they can afford to have one novel as a promotional giveaway. Not everyone can do that and still make a living.

Peg: That sounds intriguing. I like the idea of multiple-author boxed sets. Each author would likely pull in a few different readers who would then be exposed to different writers and their styles. And doesn’t selling hundreds of copies a day sort of bury the idea that it isn’t a good customer experience?

L.J.: Not necessarily. Buying a product is only the first step. And most people who read digitally buy many more books than they will ever consume. If those readers only get through one or two of the six stories, then the other authors don’t benefit.

But to a certain extent, you’re right. Just because Amazon labels it “not a good experience” doesn’t mean it’s a bad experience for consumers, who still get a great deal on ebooks. Amazon just has very high standards! We authors, on the other hand, tend to focus on sales as a measure of a book’s success. Still, I want people to read my novels, not just buy them. I think limiting a boxed set to three might the perfect middle ground.

Readers: Do you buy these sets? Do you read all the way through?
Writers: What has your experience been?
Posted by L.J. Sellers at 5:00 AM