The challenges in writing a series

By Jenny Hilborne
Author of psychological mysteries and thrillers

In a series, the cast of characters (at least some of them) is already established. Threads from earlier books can be developed into plot lines or sub plots for prequels and sequels. Part of the author's work is already done, nest-ce pas? Perhaps, but it doesn't necessarily make it easier.

Every book I've written has presented me with challenges.  Each book was more difficult to write than the one before it. My current work in progress, which is the 3rd book in my Jackson series, is no exception.

Feedback from readers about what they did (and didn't) like about him in the first 2 Jackson books has helped him develop into a more "accessible" character; more personable with less of the "all business" persona he had in my debut, Madness and Murder. I know my detective much better by book 3, but it doesn't get easier.

I'd never planned to write a series. M&M was intended as a standalone. When readers asked for the return of my detective, I was flattered, but...ahem...less than delighted. I mean it in a good way. Of course, I was thrilled readers liked him, but I'll admit, I panicked. The issue is this: M&M spans 20 years and by the end of the book, Jackson is in his early sixties. I'd planned to retire him after one book and focus on writing standalones.

Oh, dear. What could I do with a 60-something cop and how much life could I give him? I thought about adding a hot new girlfriend, but Jackson has a wife, and no plans to cheat. What if I gave him a new hobby? Maybe this: 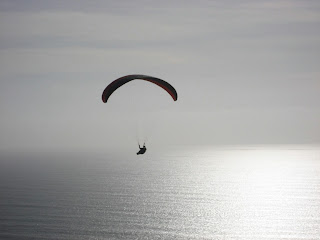 Or he might suddenly buy himself one of these: 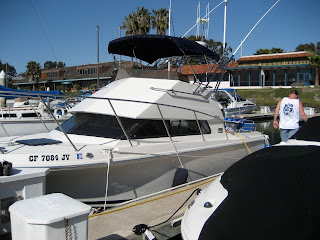 But he doesn't have the time for either. Perhaps when I eventually do retire him....

Had I planned the series, I'd still find it challenging (tho' perhaps not as much).

With common threads weaving through a series, the author has to keep the reader in mind. Will each book lead into the next, demanding the series be read in order? Or can each book in the series stand alone? Though it may be necessary to repeat pertinent information in later books for the benefit of new readers, the challenge to the author lies in not replicating too much of the first story or characters in subsequent books and boring the readers who've read the entire series.

The tenth Warshawski novel was my first Paretsky read and, while I felt I needed to know more about V.I. to follow all the threads, I was still able to enjoy the story. Readers who know V.I. well were not bashed over the head with repetitive stuff from the preceding 9 books.

To provide necessary details in subsequent books, Paretsky tossed in reminders rather than boring repetition. Subtlety is the key.

In writing my own series, I've found I need a good memory (and I don't have one). Aging of characters, eye and hair color, personality quirks - remembering all those things and making them consistent is crucial. I write bios for each character to keep it straight (otherwise I'd have to re-read each book and I'd never get the next one written). For my work in progress, I've included a little more focus on Mrs. Jackson (thanks to the suggestion from one of my readers who wanted to know more about the Mrs. behind the Mr.) and this allowed me to see my main character in a new light. It feels refreshing to write it.

I'm doing what Sara Paretsky did and using reminders to enable new readers to follow along without confusion. I've never been much of a series reader, but that's changing. Seeing how other authors do it is a great lesson.

Readers: what likes/dislikes about a series are you willing to share that we authors can learn from?
Posted by Jenny at 1:00 AM