Reviews are a hot topic. Another hotly debated item right now on many social media forums is the Amazon rating system and its usefulness for both readers and authors. I just wanted to share some thoughts and throw out a few questions on the subject: 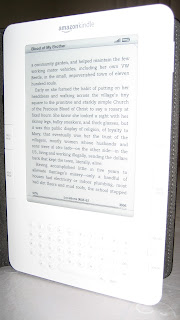 When you're looking for a good book to read, you might go by recommendation (my preference) or by the overall ranking of a book. For the higher ranked books (those in the top 100), the star rating might not matter or even factor into your buying decision (it rarely factors into mine). After all, each rating is only one person's opinion. Lots of excellent books have a slew of low star ratings, which kind of skews the whole system if a star rating is designed to give readers an insight into a book's popularity.

The system is open to and ripe with abuse. We all know that "trolls" and "haters" exist who slate good books and drag ratings down with their bogus 1 and 2 star ratings. And the bogus 5 star ratings exist as well. We can also vote down or vote up star ratings by agreeing or disagreeing with what another "reviewer" says about a book. This also leaves the system open to abuse from those gaming the system. Nuff said on vitriolic ways in which the system can be used.

Properly crafted and genuine reviews often take a long time to write, which may be the reason so many readers don't write them. A genuine star rating is fast, takes only a second, and gives a snapshot of the popularity of the book. But it seems a pretty pointless exercise without a review to back it up and tell others what the reader did or did not like about the book. Doesn't it? How useful is a star rating without an explanation of why it got that rating (especially when rated 1 or 2 stars)?

Reviews are helpful to readers and authors. Would you (as readers) prefer to leave reviews and no star rating? And do stars aid at all in your buying decisions? Should Amazon reduce or remove the 20 word minimum for reviews, leaving readers free to write shorter critiques? If you could leave a star rating without a review, would you do so?

What about authors? Which would you prefer to see for your books? Do we need both?

For those opposed to the star rating, what would you have in its place?