A Quick Look Behind the Scenes

When people think about writers, I think they tend to imagine their lives looking something like this. 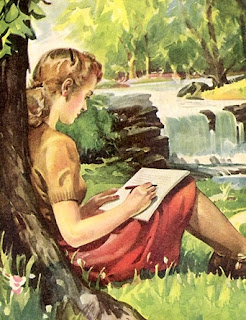 But that’s not at all accurate.
That’s (ironically) a complete fiction.
Being a writer is pretty much like any other job. In order to do it, you have to set a schedule, determine what must be done, show up and do the work.
So when I think of writing, the image that comes to my mind is this one. 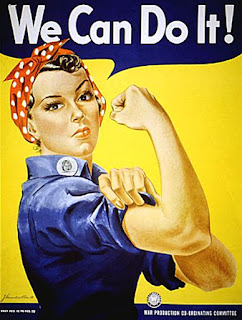 In my work ethic, I take a page from my personal hero, Robert Crais, who’s called himself a “blue collar writer” because he shows up every day and does his job. And this is a man who’s written a whole lot of novels and won many awards. Plus he’s a New York Times bestselling author. All of which is to say, he’s proven himself, many times over. Yet, he continues to show up for work every day and get the job done, not unlike Rosie the Riveter. Or like the true professional that he is.
This is why I take pride in calling myself a blue collar writer instead of a bestselling author, even though I qualify.
And I continue to show up for work, despite suffering the occasional bumps and bruises. J 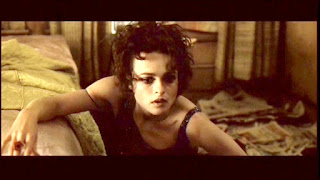 But this all part and parcel of what it takes to be a writer. Not only creating the work, but doing what you must in order to get it published, marketed and sold, regardless of the obstacles.

A note from Peg Brantley:  I had the pleasure of reading an advance copy of Debbi's newest release, RIPTIDE. With every book, she gets better, and I am officially a fan of Sam McRae. I read RIPTIDE in two days, and I'm not a fast reader. You'll be able to get your own copy of her newest release soon. It launches the week of March 12th. Be looking for it! 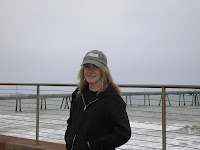 Debbi Mack is the author of the Sam McRae mystery series, featuring her lawyer protagonist Stephanie Ann “Sam” McRae. RIPTIDE is the third book in the series, which includes the New York Times ebook bestseller IDENTITY CRISIS and the sequel LEAST WANTED. Both books have been Kindle Top 100 bestsellers on Amazon.com and Amazon UK. She’s also published FIVE UNEASY PIECES, a short story collection that includes her Derringer Award–nominated story “The Right to Remain Silent.” Her short stories have appeared in various anthologies and publications, including SHAKEN: STORIES FOR JAPAN, an anthology created to benefit Japanese tsunami relief efforts.

A former attorney, Debbi has also worked as a journalist, reference librarian, and freelance writer/researcher. She’s currently working on a young adult novel, planning Sam’s next adventure, and generally mulling over other projects. You can find her online at her website and on her various blogs, including My Life on the Mid-List, The Book Grrl and Random and Sundry Things.