By L.J. Sellers and Andrew Kaufman

L.J: In response to one of my blogs about enrolling in the Amazon select program, which requires exclusivity, a librarian posted this comment:
"As a public librarian and a Nook owner, I see another side. We are struggling to offer ebooks and eaudiobooks to our patrons without any increase in funding while still keeping up our print collections for patrons who have not jumped on the ereader bandwagon. We have to deal with everything from publishers who won’t sell to libraries at all, publishers who charge libraries up to 10 times the price of what an individual pays, publishers who limit the number of times the item we purchase may be used, etc. We have access to one company (Overdrive) who will maintain our ematerials, but we are bound by their policies or we can go independent, but the costs and knowledge base required are so astronomical that it currently isn’t possible to maintain our own ematerials. Seems like everyone is trying to figure out the best way to do this.

...It worries me when I read that some of you want to be Kindle exclusive. As I said, I have a Nook and I don’t want to switch to an Amazon ereader for many reasons. It worries me that some day there might be only one ereader and we would all be at the mercy of one company. None of you mentioned selling through Overdrive and I wonder your thoughts on that.

Please know that the library community wants you to make money. We are author’s biggest champions and want you to flourish in whatever medium is popular at that time."

Andrew’s response: I actually struggled for quite some time over the decision to make my work exclusive to Amazon, and the reasons were exactly as mentioned above. I didn’t want to keep people from having access to my work simply because they owned different e-reading devices, didn’t think it would be fair. In addition to that, I believe competition among companies is of benefit to all. 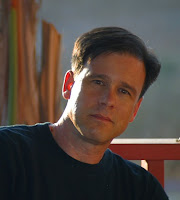 Unfortunately, at the same time, I also noticed that my sales on Nook and other e-reading devices had been progressively dwindling down to practically nothing. In addition to that, on Amazon—the place where I make the lion’s share of my earnings—my sales were also showing a steady decline as the market became flooded with more self-published authors than ever. I was sinking all around and at one point, wondered if I could stay afloat. I soon came to the realization that if I didn’t have readers, I wasn’t going to survive as an author, something that’s as vital to me as breathing. I had to do something.

As independent authors, we face a particularly difficult challenge because odds are stacked against us. We carry the stigma that our work is inferior to traditionally published authors. We also don’t have the kind of wide distribution channels that mainstream authors have, nor do we get cash advances to rely on. We make our money one book at a time, one reader at a time. In short, it’s up to us and only us to ensure our work gets read, and we have to do what we can do increase the odds.

After releasing my new novel, one that I’d worked tirelessly on for more than two years, and after seeing that it was beginning to fall through the cracks, I knew I needed to take action. I believed very strongly in it and knew I needed to do whatever I could to ensure its success. Select was an opportunity to do that, to breathe new life into it, to give it the exposure it needed. In all honestly, was my only option. I took it.

Do I feel badly that readers with Nook and other devices are being penalized? Absolutely. However, I also realize that the decision to go exclusive is not forever; it’s for ninety days, and I can most certainly make my work available to the others after that if there’s a demand for it.

L.J.’s response: I also feel badly for Nook readers, but I’m running a small publishing business that supports my household, and I had to make a profitable business decision. I hope Nook owners will take their case to B&N and ask them to make the changes that will allow self-published books to be discovered. Without that, most indie authors aren’t making money on Nook and have little reason to stay. 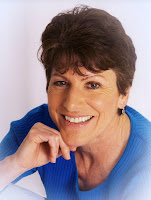 As for library patrons, I would love to make my books available to them, but unless I donate them, it’s nearly impossible. Even when I had a small publisher, libraries didn’t buy my books, despite my great reviews and the thousands of dollars I spent sending out promotional material.

As for Overdrive, they don’t deal with individual authors. Even my ebook distributor, which handled hundreds of authors (all with five books or more) had difficulty accessing Overdrive. The other consideration is that indie ebooks typically sell for less than five dollars, and digital files never wear out or need to be replaced, so the library market holds little profit for indies. Still, if the opportunity were available, I would donate ebooks to libraries just to expose new readers to my work. But I have no idea how to make that happen or if libraries can even accept donated ebooks.

The bottom line is: Amazon is the only company that has ever supported my work and helped me access readers, so they have my loyalty.

What are your thoughts on this hot-button topic?
Posted by L.J. Sellers at 6:27 AM