How I Became a Brand


For a long time, I had difficulty getting my mind around the concept of author branding. I’d heard the term being bandied about a lot—probably for as long as I’d been writing novels—but for me, it seemed like some nebulous intangible. Crunch and Munch is a brand. Lays Potato Chips are a brand. Saltine Crackers too. But me? As a brand? I didn’t get it.

When I finally figured it out, I discovered that, in essence, the concept is pretty simple. Branding yourself is much the same as branding a product. It involves finding one unifying theme with which consumers—or in this case, readers—can identify you. Perhaps Theresa Meyers of Blue Moon Communications says it best:

Today when we talk about an author brand we are talking about building an image, perception or identity that is used to create "emotional Velcro."

Here are prime examples: Doritos, Pepsi, and Home Depot. As I mention those names, I’m willing to bet you're able to picture their logos in your mind and probably a few other commonly associated images.That’s what successful product branding does, but as authors, we can do much the same.

So once finally I got it, I began wondering whether branding myself as an author would actually benefit me. It turned out the answer was yes.

But not for the usual reasons.

I’d recently hopped genres, going from horror to psychological thrillers. It was a risky move. I’d built my audience from the former and was concerned they might not follow me to my new place on the cyber bookshelf. After giving it a good deal of thought, however, and weighing the risks, I decided I had to go with my heart and write what inspires me. So the next step, I figured, was to establish myself in that genre, to grow roots there. Branding myself as such seemed to be a logical move in accomplishing that.

Here's what I discovered in my quest to become a brand:

I found that branding really isn’t that complicated. In essence, it’s simply a way to make you and your books recognizable as one and the same. How do you do that? Visuals help a lot. Consistency does too. For example, if your website, your books, and your business cards all look like they were designed for different authors and from different artists—not so good. So the first thing I did was create a unifying theme or logo. In the interest of being consistent, it's a variation of my latest novel's book cover.

You'll find it on my website, my blog, my business cards, my email signatures, and just about anywhere else I can stick it. Why? Because it makes a statement, defines who I am, and tells people: “This is what I write.” I want readers to think of me when they see it, and I want them to see it a lot, hoping that eventually, it will become synonymous with me. The more they see it, I figure, the more familiar they will become with me and my work. 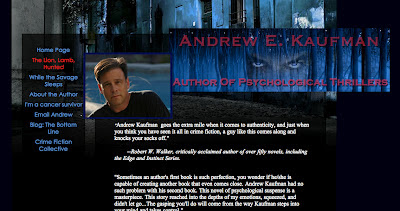 I also revamped my website to fit with the new theme. I tailored the overall mood and color scheme to match my logo as well as my book. In other words, everything is connected.

Some authors who write series use covers that follow a particular theme. Janet Evanovich's Stephanie Plum is great example of this. You could remove her name and readers would still be able to identify them, not just because of the titles, but because of the overall theme. They're eye-catching, and they're unmistakingly "her". 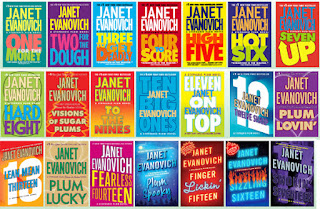 Does branding help sell books? There’s really no way of knowing. One slice does not a pie make, and if I’ve learned anything in this business, it’s that the whole is equal to the sum of its parts. On its own, probably not, but it does add to the overall picture and help readers to define who you are.

How about you? Authors, what have you done to set yourself apart from the pack and become a brand? Readers, does author branding make any difference to you?