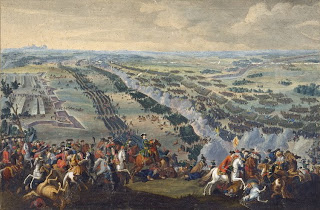 I always believed my greatest challenge would be writing a novel. Until recently, I had no idea how naive that belief was. You see, writing the novel was only the first step in the long march of becoming a successful writer. It is, by definition, the lowest common denominator of the writing equation. Even the most gifted writer can not sell a novel if they don’t finish it right? But it’s a mistake to believe that simply writing a novel is enough, just as in the false belief that getting a college degree will lead to a career. It is simply the standard by which all comparisons begin.

I love battle metaphors. They seem appropriate when describing struggle, sacrifice, and sorrow. In many ways I equate self-publishing with a battle. Not because anyone dies or loses a limb but because you have no idea what it is really like unless you’ve actually experienced it. I suppose that’s true with many endeavors, especially crime scene work.So I shouldn’t have been as surprised as I was to discover I was not fit for battle.

I feel like that soldier who has been issued his pack, his uniform, his rifle and then walks out onto the battlefield filled with a sense of invincibility. That feeling lasts right up to the moment a rocket propelled grenade streaks towards him. That’s because no matter how much you prepare for battle, no matter how advanced your gear, no matter how many lectures you’ve heard about the pain of war, there is nothing that compares with reality. It’s about confronting the unexpected. As an author I thought I had a good strategy. I thought I had a plan. But as every experienced General will tell you...no good plan survives the battlefield.

And when those unexpected obstacles rear their ugly faces you have two choices. You can freeze or you can move. I choose to plow forward; strategically. I’m not abandoning my plan, I’m simply modifying it. I go back to the veterans and seek council. But I keep moving forward. I am convinced that, by whatever means, I will take that hill. I will be victorious. Even if I fail, I see no other way to achieve the success I desire.

So when you find yourself unprepared for the battlefield of Indie publishing don’t give up or lose hope. Simply re-evaluate you plan, adjust your maneuvers, or reorganize your battlefield. The publishing landscape is changing before our very eyes and none of us has a crystal ball. This is good news. This is a time of opportunity; a time to influence the shape of the battlefield. So keep moving....keep up the pressure. No surrender, no retreat.