by L.J. Sellers, author or provocative mysteries & thrillers
The greatest thing about ebooks is the ease of selling and sharing them. It can also be the worst thing too, because it leaves authors with little control of their content. With print books, no one can sell your novel unless you supply them with products. With ebooks, once a distributor or retailer has your file, they can keep selling it forever—with or without your permission. 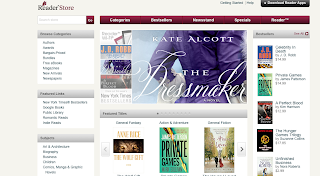 Why reputable businesses would do this makes no sense, and yet, they do. Take Sony for example. First, the retailer kept discounting my books again and again, causing Amazon to discount my books and me to lose money. My distributor would contact them, and they’d stop for while. Then out of nowhere, Sony would put my books on sale.

Then Amazon Select came along, and I decided I was done dealing with Sony permanently. So INgrooves, my distributor, had my books removed from their ebook store. A few days later, three of my Jackson titles popped up in the Sony store. They were old versions from my previous publisher, supplied by a different distributor. I contacted both my ex-publisher and the other distributor, and they quickly took care of the issue.

For a while, I had no books on Sony’s site, and everything seemed fine. Then suddenly, they were back, selling on Sony again. I know this because Amazon called to let me know I was not in compliance with my Select program agreement. They were very nice about it in person. But two days later, I started getting emails about each of the titles that was still selling elsewhere, with a 30-day notice to get in compliance or have the book removed from Amazon’s program.

Of course, I had already contacted my distributor and asked them to communicate with Sony, using a lawyer, if necessary. INgrooves sent an email to Sony and within two days, the books were down again.

But why did they start selling them again in the first place? What happened to the royalties during that time, since I no longer have an agreement with them? And will it happen again? Is Sony purposefully violating my rights to make a few extra bucks off my inexpensive e-books? Or is it an error? Does it have a computer program that keeps picking up files that should have been deleted?

Sony is not the only guilty one. I’ve heard authors complain about Kobo doing this as well. And several authors who were published with Dorchester have complained that the publisher made and sold e-books of their work—after the company gave the rights back to the author. The Amazon person who called me said many authors are experiencing similar scenarios.

This is such inexplicable behavior all around. Just because it's an electronic file doesn't mean anyone can sell it for profit. Authors are calling for a boycott of Dorchester, and it’s tempting to ask readers to boycott Sony as well. And Kobo too, if they’re guilty of this form of theft—also known as pirating.

Authors: Have you experienced this?
Readers: Have you joined any boycotts?
Posted by L.J. Sellers at 6:45 AM