In Pursuit of Imperfection 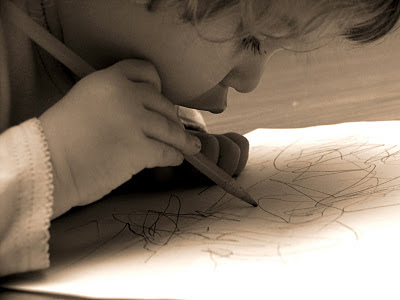 Once upon a time, a fearless little girl lived in my body. Peggy Ann dreamed little girl dreams and went after them with a sureness that startles me when I think about it today. Her parents told her she could do anything she wanted to do, and she believed them.
It took me decades to realize she'd gone missing.
When I tried to figure out where I had lost that gutsy dreamer, I understood there was probably no single defining moment. I'm pretty certain though, it had to do with failure. The successful people I saw had auras around them. Perfect auras. Anointed. They didn't fail. Ever.
I can still hear my dad's voice. "If you're going to do something, do it right." Dad encouraged my sister and I in character building almost every day of our childhoods, so when he wasn't telling us we could be anything we wanted to be, he was telling us that a half-assed approach to things was not acceptable. At some point, I morphed "right" and "perfect" and adopted the philosophy that if I couldn't be perfect at something, I shouldn't do it at all.
It became easier to let dreams fade; to turn my back on them. To walk away before I could once again be reminded I wasn't perfect. That way, I couldn't fail. Right?
Fast-forward to a new century. I will love Anne Lamott forever for telling me in Bird by Bird that I could write a "shitty first draft" and survive. But I never quite believed her—I'm a lot closer to my dad than I am to Anne. So although I had information on a logical level, it never quite made a permanent connection.
One of the tools I learned from The Artist's Way by Julia Cameron is the idea of writing morning pages. They have given me direction more than once in the few short months I've been writing them. This morning I wrote my three pages almost entirely surrounding the idea that dreams are achieved by imperfect people. Say what? By people who reach out of their imperfection to touch something bigger than they are.
No one will ever be perfect. No book will ever be perfect (and between us, that still drives me a little wild), but imperfect people write perfectly wonderful imperfect books.
By people just like me. Peggy Ann.
Posted by Peg Brantley at 5:00 AM