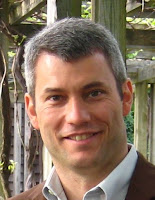 First, I want to thank the members of the collective for asking me to visit every other Thursday. I hope we’ll get to know each other through blog comments.
I love action and suspense movies. You might be thinking I’m about the car chases, fights and the occasional nude scene. I like to tell myself that by dissecting the story and my reaction to it, I can enhance my work. You’re thinking I’m lazy. You’re also thinking there’s a big difference between books and movies, but where else can you digest a novel-length story in two hours.

So, recently I watched Drive, which held several good lessons for me and I thought I’d share them here today.
The first sign of trouble came when my date and I took our seats. Six hearty souls sat around us when the opening credits rolled. The rest of the theater was empty. At that point I wished we had talked to friends before picking this movie, or at least read a review online.
My takeaway: Find out who is reading your work and why they enjoy it by conducting surveys and reading reviews of your books.
The movie opened with a car chase and twice the hero hid his getaway car and let the police drive by. He was an excellent driver and he was cagey enough to use a police scanner. The tactics rang true to me even though this was different from most car chases I’ve watched. I remember feeling as if I was learning something about hiding from the police AND feeling as if this movie could actually be good and that the theater might be empty because no one has heard of it yet.
Unfortunately that wasn’t the case.
My takeaway: Include interesting information that also moves the plot and reveals something about your characters.
Soon after the hero gets away from the cops, he has a really awkward series of scenes with the woman next door. They are supposed to be kindling a romance, but there is absolutely no chemistry. They go on several dates, but the only way we know they are growing fond of each other is because the woman puts her hand on his in the car. No kissing. No witty lines. No romance. The movie fell apart for me right here and I couldn’t take it seriously any longer.
My takeaway: Write authentic dialogue and relationships or readers will disconnect from your story.
The next thing we see is the hero’s boss financing a race car. The kid drives a few laps for a mafia-connected money man, and earns his backing even though he treats the investor with disrespect. When the movie was over, my date said she expected to see a car race. I felt let down by the lack of a race as well, but I was so disappointed with the rest of the movie I’d forgotten about the car racing by the end.
My takeaway: Meet the expectations you raise with your readers unless you are trying to surprise them.

As the movie approached its climax, the entire story unraveled for me. The mild-mannered hero went on a killing spree. The mafia had a hard time finding the man they just hired to drive their race car. In a city of half a million people, this movie introduced six characters and they happen to be the hero, the villains, and the damsel in distress. And they all know each other.
Had I cared about these people I may have enjoyed the ending, but as it was, I was just waiting for the lights to come up so we could leave. On the plus side, we didn’t need to jostle for space in the aisle.
My takeaway: Create realistic characters with meaningful motivations and allow them to act at maximum capacity.
I hope this post gives you something to think about the next time you watch a good movie, or maybe a justification for that $6.00 ticket.
Posted by CJ West at 12:22 AM