When the English tongue we speak. 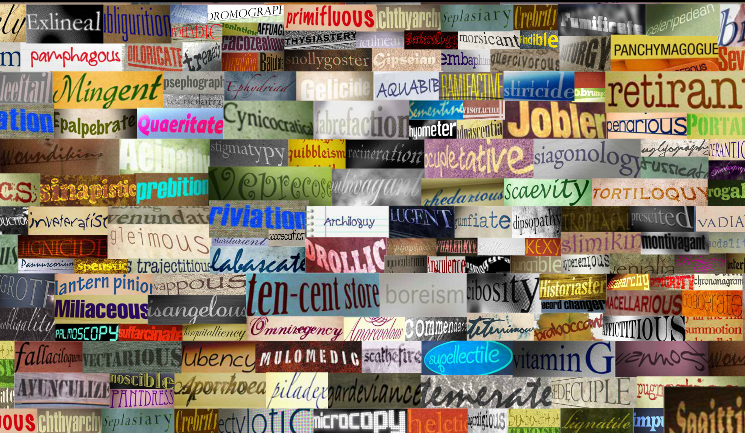 Why is break not rhymed with freak?
Will you tell me why it's true
We say sew but likewise few?
And the maker of the verse,
Cannot rhyme his horse with worse?
Beard is not the same as heard
Cord is different from word.
Cow is cow but low is low
Shoe is never rhymed with foe.
Think of hose, dose,and lose.

And think of goose and yet with choose
Think of comb, tomb and bomb,
Doll and roll or home and some.
Since pay is rhymed with say
Why not paid with said I pray?
Think of blood, food and good.
Mould is not pronounced like could.
Wherefore done, but gone and lone -
Is there any reason known?
To sum up all, it seems to me
Sound and letters don't agree.

Lord Cromer, published in the Spectator of August 9th, 1902

As writers, our job demands that we use language to communicate ideas, paint mental pictures, stimulate the imagination and the senses. English, as the poem above reminds us, is one of the hardest languages to master because it’s a mutt. It’s a conglomeration of the Romance languages and their root language Latin, several Germanic tongues, with a whole lot of Babel thrown in.

The wondrous thing about language, especially English, is that if we don’t have a word for something, we simply make one up. Think “twerking,” “tweeting” and “T-ball.” How about “gigabyte,” “hackerspace,” “bitcoin,” “phablet” or “digital detox,” all words and phrases that have resulted from our use of digital technology. Words like “fauxhawk” and “geek chic” describe things in the fashion world. “Selfie” and “LDR” (long distance relationship) describe parts of our social lives.

Just as new words come into favor, old ones fall out of fashion. We no longer use “affictious,” but use “counterfeit” instead. We probably wouldn’t use “pigritude” anymore, or even “slothfulness,” to describe a teenager’s laziness, though they’re all similar in meaning. And I’ll bet you never encountered “surgation” in any of the Fifty Shades… books, though there was a lot of it going on. (You’re on your own with that one.)

Language must be flexible, adaptable, but the loss of words sometimes saddens me. Recently, I was surprised, too, by the disappearance of a wonderful website called savethewords.org, run by the Oxford Dictionary. The little-used words it posted have been archived, and the group has a  Facebook page (https://www.facebook.com/pages/savethewordsorg/53087085820).

Blake Sanders, my series protagonist, often uses obscure words to describe situations in which he finds himself. He isn’t trying to obfuscate the narrative, nor is he bloviating. First, he has ADHD, which tends to make him say the first thing that comes to mind, and makes him connect to things in ways which don’t seem logical to most people. He also spent years in communications, giving him background in word usage.

More importantly, however, Blake (and I) like to use colorful, less common words, when common, less colorful words just aren’t enough. In Night Blind, for example, he describes the scene of his friend Midge’s murder this way: “Ferruginous splatters of blood coated the pale linoleum floor like paint on a Jackson Pollock canvas.” Perhaps the word “ferruginous” slows you down in your reading of this passage. But Blake wants you to slow down. He wants you to take in the horror of what he sees. And ferruginous is to his way of thinking a better word than “rust-colored.” To him, it sounds better and implies the gelatinous look of coagulating blood that is oxidizing and turning brown.

In Night Blind, Blake reminisces about how his son Cole used to call the random things that came out of Blake’s mouth, “purple.” So in Night Tide, (the second book in the series), when Blake gets a weird idea out of the blue, he says, “The most ianthine notion I’d ever had filled my overtaxed brain.” Could he have used the word “purple”? Sure. And sharp readers would have caught on to what he meant (“random”). But “ianthine” is even more random.

Does it madden you to run into words you don’t know in the middle of a narrative? Or do you like keeping pencil and paper or even a dictionary close by to check on unfamiliar words? Should authors stick to an “abecedarian,” that is to say, rudimentary eighth grade vocabulary? Or should language suit both the character and the situation? Weigh in!