Why Writing Has Made Me an Emotional Wreck

(Note from L.J.: I met Rachel at the Thomas & Mercer conference and she's a delight. Her new story, THE BACK ROAD, just released and the early reviews are terrific, so I just bought it.) 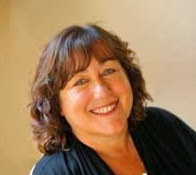 When I wrote my first novel—ONLY THE INNOCENT—I wrote for my own pleasure. I never expected anybody to read it—not even family. But I was pressured into sharing it, and I wanted to make sure that it was at least half decent. So I took my fragile ego in both hands and paid to have my book torn apart by an expert. In the end, the feedback wasn’t too bad considering it was my first attempt.

However, it was full of phrases that I didn’t understand. Apparently my biggest sin was head-hopping. What? I hadn’t the faintest idea what this was about, so I turned to Google and read every possible article I could find until it was ingrained in me. I was told that I was writing as if I were watching a film, sitting in an armchair. Where I should have been was inside the head of one of the characters—the person whose point of view the scene was written from. That person’s eyes needed to become my camera. It took a while, but I got there in the end. I now make sure that every scene of every chapter is clearly marked in the draft with exactly whose POV the scene is viewed from in capital letters so I can’t forget.

Now I know that this is quite basic stuff and you probably all got this long ago, but when you really do get inside a character’s head it can make you go slightly loopy. You have to start thinking what your character would think, feel what they would feel. You might want to see, hear and even smell their surroundings—just as they would do. So how do you describe what somebody is feeling? There are two perspectives here. Let’s imagine there are two people in a room - Ellie and Leo (short for Leonora). These are two characters from my latest novel, THE BACK ROAD. Ellie is furious, and Leo is watching her. If you are in Leo’s head, you have to describe how that fury looks to you. If you are in Ellie’s head, you have to describe how the fury actually feels.

I thought the first one was easy, but I was wrong—as I discovered when I read a book on self-editing and was told that under no circumstances should adverbs be used. “Words ending in LY should be eradicated from your writing,” it said. Why? I thought, angrily. (There you go!! An adverb.) I’d heard of the ‘show don’t tell’ advice, but didn’t really get it until the whole adverb issue was pointed out. I searched my novel. Uh oh, there were lots of adverbs. So now not only did I have to start thinking about whose head I was in, I had to think about how they would see people’s actions. I started to look into body language and descriptions of facial expressions. Whereas once I might have said “Ellie turned angrily to Leo,” I now had to think what an angry turn looks like. How would Ellie be feeling, and how would that portray itself in her actions? “Ellie slammed the glass down on the worktop and spun round to face Leo.” Now I don’t need to be told she’s angry. I can see it for myself.

But to get to that point, I had to get inside Ellie’s head (even though at this point I was viewing the scene from Leo’s POV—just to confuse you) so that I could work out exactly how she would demonstrate her fury. Then I had to stand on the other side of the room and watch it through Leo’s eyes. So I’ve experienced the rage, but now I am in calm place—all in a matter of seconds—witnessing this anger portrayed by another person.

On one occasion I wrote something like ‘Ellie wondered why was it so difficult to describe emotional pain.’ To which my editor responded in large letters on the side of my manuscript, ‘It’s not Ellie who can’t describe it – it’s you!’ Oops. How right she was. But emotional pain is so very difficult to describe, and it’s not something that one wants to experience on a regular basis. So I had to dig deep down inside myself to think of something that had hurt me badly, and imagine it all over again so that I knew how it felt. That was a harrowing and distressing moment, but I’ve found myself doing it more and more often.

The second occasion was when I needed to describe fear. I’m not very often in situations where I’m afraid, I’m happy to say. I live on an island where nobody ever locks their doors when they go out, and there is zero crime. But as luck would have it, one day I’d been out—leaving the door unlocked—and I came home just as it was getting dark. I was alone. Then, from upstairs, I heard a thud. It wasn’t subtle, and it was definitely in my house. I felt as if I a million tiny pins were pricking every inch of my body. It only lasted a second, but it was the first time I had bothered to even think what fear felt like. 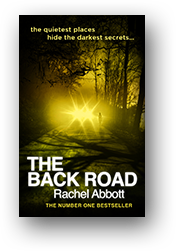 I was more interested in my reaction to that moment of fear than I was in what was going on upstairs in my house. I forgot about my burglar for a moment while I imagined the words I would use to describe my physical reaction.

Hopefully the title of this blog now makes perfect sense. Since starting to write about people and the sometimes terrible situations in which they find themselves, I've had to explore emotions in a way that I have never done before. I’ve had to interpret those feelings and put them into words—and they have to be words that will affect my readers and show them what each character is feeling. I am constantly examining how I react to events so that I can find the words to express each and every sentiment when the need arises, and the days of controlling my emotions to give an aura of outward calm have long gone.

So if you see somebody sobbing in the corner, scribbling in a black notebook, that’ll be me!

Rachel Abbott’s second novel THE BACK ROAD launches on Amazon.com today and is also available on Amazon.co.uk
Posted by L.J. Sellers at 9:29 AM